One of the most intriguing wide receiver draft prospects, Arkansas WR Treylon Burks is considered a top draft prospect despite playing on subpar Arkansas Razorback teams. Every year, there are electric receivers who get pushed up the draft board and Burks appears to be part of that group for 2022. There is certainly a lot of first-round buzz for the Razorbacks receiver coming off All-SEC honors in 2021.

However, Burks has a lengthy injury history that could be a deterrent for several teams which warrants a closer look to identify any concerns. Could the Buffalo Bills be in play for Burks at pick 25 or even later despite the concerns?

2016 – Hand Fracture – High School. Burks broke his hand his sophomore year and opted to play with the cast, he reportedly had 12 catches for 282 yards and 3 TDs in a game while playing one-handed.

2018 – Left ACL Tear – 10/11, High School. Burks missed most of his senior football season as well as basketball and track after tearing his ACL. He didn’t miss any college time with this injury.

2020 – Knee Injury – 10/03 vs Mississippi State. After getting hurt Burks had a precautionary MRI, and it came back clean. He missed the following week against Auburn and returned against Ole Miss.

2021 – Right Foot/Ankle Injury – August. Was in a walking boot during camp, and missed zero games during the season.

2021 – Right Shoulder/Chest Injury – 11/20 vs Alabama. Missed zero games, and was seen icing his shoulder during and after the game.

Burks managed to ball out to the tune of 12 catches for 282 yards and 3 TDs despite playing with a cast due to a broken hand his sophomore year. He possibly broke one of the metacarpals in his hand, which are the long bones that connect the fingers to the wrist. These are common bones to break within the hand and while the article did not clarify he had surgery, this injury doesn’t require extensive time missed or concerns moving forward. 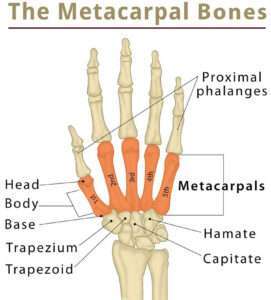 Burks tore his left ACL in early October of his senior year, knocking him out of the remainder of the football season and causing him to miss basketball and track seasons. Fortunately, he had committed to Arkansas several months prior in July which likely helped keep him in their recruiting class.

The ACL is a ligament that runs lateral to medial and prevents anterior translation of the femur over the tibia. This ligament assists with rotational stability by preventing the knee from rotating at the tibia, ensuring that the knee acts as a hinge joint. The ACL contains mechanoreceptors that assist with detecting changes in direction, speed, and tension. It is the most commonly-torn ligament in the knee during sporting activities.

Causes for injury include a sudden change of direction, jumping, poor landing, deceleration, or direct blows to the area. There is usually, but not always, associated damage to the area during an ACL tear, including damage to the meniscus, articular cartilage, and MCL. Damage to the PCL and LCL is also possible, along with nerve and vascular damage in severe knee injuries. Recoveries for an ACL tear vary between 9-12 months but can take even longer with associated damage, as mentioned above.

Despite tearing in his senior season, Burks was cleared to play the following season in 2019, starting as a true freshman. He suffered an undisclosed injury against San Jose State that forced him out of the following game. While it was an acknowledgment of an injury, having the specific details would have shed light on any future potential issues.

The following season, Burks suffered a knee sprain against Mississippi State in early October. Following the game, he required a precautionary MRI on the outside portion of his knee but found no structural damage. Based on the wording, they may have been looking at his lateral meniscus, posterolateral capsule, or lateral collateral ligament. 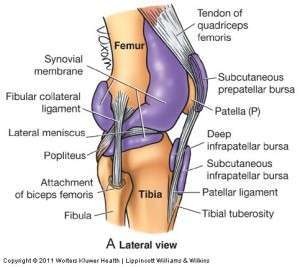 He did miss the following game against Auburn before returning against Ole Miss. The severity of the knee injury was likely minimal as he balled out for 11 receptions for 137 yards and one touchdown. He also added 4 rushes for 46 yards for one of his best games of the season.

During the 2021 training camp leading into his junior season, Burks was spotted in a walking boot on his right leg, suggesting a foot/ankle injury. It was mentioned several times throughout articles later in the season that the foot/ankle injury hampered him. It also wasn’t clear which part it was as articles in late November 2021 reported it to be an ankle injury that limited him during fall camp.

Other sources in early November 2021 reported it as a foot injury that had been nagging him all season. The only confirmation that it was his right side was that he posed for a picture for a NIL deal in a walking boot on his right leg.

Treylon Burks doing an NIL ad this week in a walking boot 👀 pic.twitter.com/wB74RQvaol

There are not any reports of surgery following the season which suggests that this was an injury that needed time to heal. His NFL Combine measurables suggested that he was fully healed, giving little information as to what he exactly dealt with all season. Despite the injury, he still managed to post 66 receptions for 1,104 yards and 11 touchdowns, opting out of the Razorbacks bowl game to prepare for the draft.

Burks’ final collegiate mystery was also a mystery as he suffered an upper-body injury against Alabama in late November. Several reports indicated that he suffered a right shoulder injury in the first quarter, missing a series before returning. Other reports indicated that it may have been a chest injury and later took a big shot on the onside kick attempt in the final moments of the game. 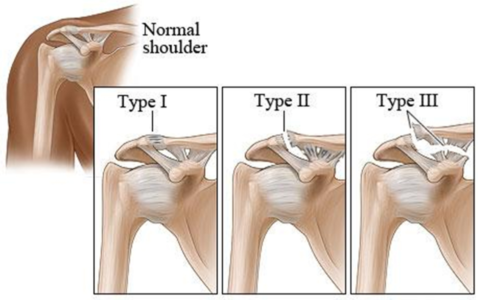 Despite the injury, he still had a season-best eight receptions for 179 yards and two touchdowns. He followed that performance up with seven receptions for 129 yards and one touchdown against Missouri. If it was a chest injury, it’s possible it was more of a contusion. If it was a shoulder injury, reporting suggests more of an AC joint sprain. Either way, it was another injury that he dealt with but played through with exceptional results.

Treylon Burks missed only two games in college in light of all the injuries listed above. Looking at the entire known injury history, the only red flag is the left ACL tear from his senior year of high school. Thankfully, that was four years ago.

He is still at a higher risk of re-tearing due to being under age 25 as that is a significant risk factor for future injury. However, he is outside the two-year window to re-tear. Players entering the NFL are also more likely to suffer an ACL tear entering the league (25 percent) compared to a control group (9 percent). Within the study, that same 25 percent with a prior ACL tear suffered another tear within two years of being drafted.

Looking at the other injuries, the knee sprain, foot/ankle injury, and shoulder/chest injury are not concerning individually, but as a whole, could be worrisome. Those injuries combined suggest that while he does exhibit toughness, how often is he forced to play at less than 100 percent? He also played through multiple injuries on some rather bad Arkansas teams his first two years before they finished 9-4 in 2021.

There have been NFL comparisons given to Burks, one of them being current WR Laviska Shenault Jr. of the Jacksonville Jaguars. Shenault was clearly one of the best players on the field while at Colorado, leading his team in receiving yards two out of the three years and among the leaders in touchdowns. Burks led the Razorbacks in receiving yards all three years as well.

Burks also appeared to be used all over the field, much like Shenault was and both receivers paced some mediocre to poor teams while at their respective schools. Another common trait they both share is that they were both injured often. Back in 2019, an injury profile was completed for Shenault at Cover 1 and he also had several injuries of concern, leading to durability questions.

Upon getting drafted by Jacksonville, Shenault settled into a wide receiver role exclusively. He has put up 600 yards each season and only missed two games his rookie year due to a hamstring strain. It’s important to note that Shenault played in 64 percent of offensive snaps in 2020 while appearing in 69 percent of snaps in 2021. Snap counts are unavailable from his time in college, but he was clearly not the only option on the field like he was at Colorado.

What is being said is that while Burks does exhibit some durability issues, if he is no longer the focal point of an offense, he could still be productive in the NFL. If he does get injured, he can take the time to get fully healthy instead of gutting it out. Any team will be looking to evaluate the foot and shoulder injuries from 2021 to verify there aren’t any long-term concerns.

The Buffalo Bills did have a meeting with him at the NFL Combine and could be a potential target in the draft. Cover 1 has him as a potential Round 1 or 2 draft target; he appears to be more of an early Day 2 pick in the second round. Other teams could certainly fall in love with him sooner, but the Bills cannot chase after Burks when they have other needs to address.

Initially, Burks wasn’t appealing as a draft prospect when looking at his injury history alone, but looking at his usage at Arkansas helps give a better understanding of the history. Used more in a traditional role in the NFL and not as the primary option may allow Burks to have a healthier NFL career, living up to his draft position. Injuries could still get in the way, but hopefully, he doesn’t deal with some of the lingering issues he had in college.

Every year, there is an exceptional talent that gets pushed down the board due to injuries or other players getting more love. Burks needs to go to a team that isn’t desperate for a receiver and can be worked in through the season. If Burks is there in the second round for the Buffalo Bills, he could be an excellent value without having to overpay.