A new dynamic in the Bills offense

The Buffalo Bills’ offense is undergoing a renovation.

The team promoted Ken Dorsey from quarterbacks coach to offensive coordinator following the departure of Brian Daboll, a move that will allow Dorsey to call plays for the first time in his career. One area in that Dorsey could massively improve the Bills’ offense is by adding plays that utilize their running backs in the passing game. It’s an area of the offense that defenses haven’t had to defend because of the array of weapons outside and because there hasn’t been a dynamic threat at the running back position. 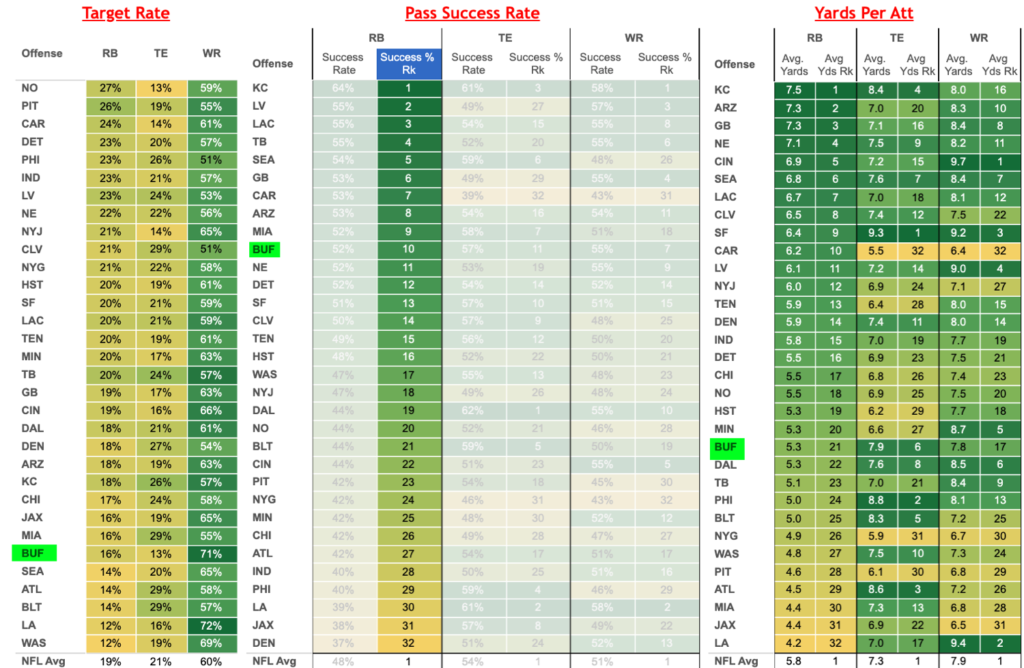 The Bills’ offense is a pass-first offense that forces Allen to process a lot more than the average QB. The only moments in a game where his mental checklist is short and is given a moment to breathe, are when he hands the ball off, short passes, and/or screens. In prior years, Allen really hasn’t had much of a run game or short passing game to the running backs, which is why they’re adding a back like James Cook from Georgia. Cook will bring a new dynamic to the offense, and one that should make Allen’s job much easier. Most fans think it’s just because of how well he catches the ball but to me, Cook is special because of his ability to process leverage and get open.

One of Cook’s finest traits is his processing on the fly. If a running back is a true receiving threat, he must be able to problem-solve and attack leverage, just like any good receiver. Cook is quite impressive in this area. He routinely makes defenders look foolish when running routes.

Watch how Cook works around his right tackle and gets a two-way go on the linebacker. Cook is running an Option route, so he’s reading the leverage of the defender. 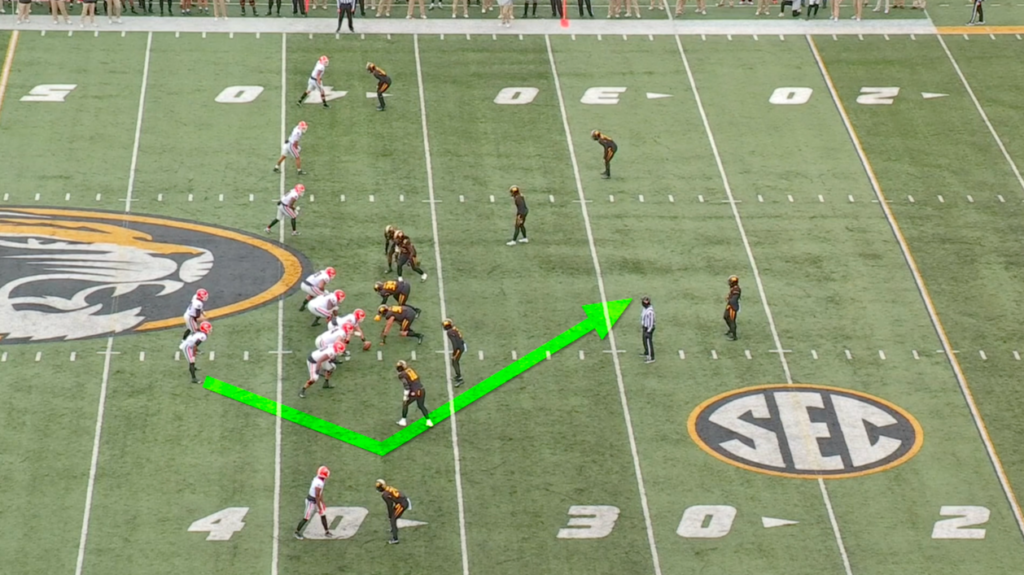 The defender rushes outside to meet Cook, and as you can see there is a lot of open space in the middle of the field. 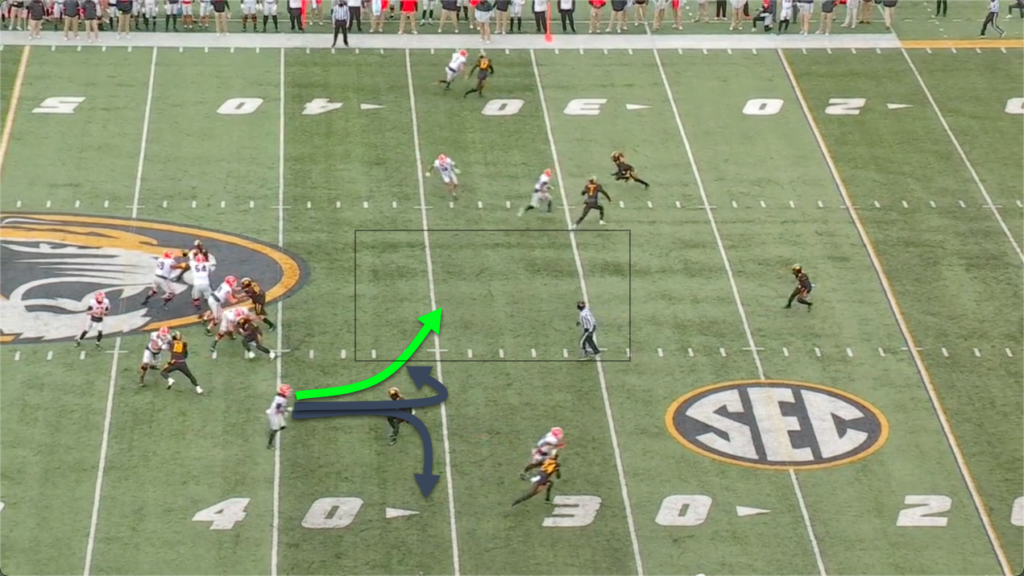 Cook accelerates over the middle and as the ball is in travel he takes his route stem upfield just a bit to put him past the linebacker once he catches the ball. 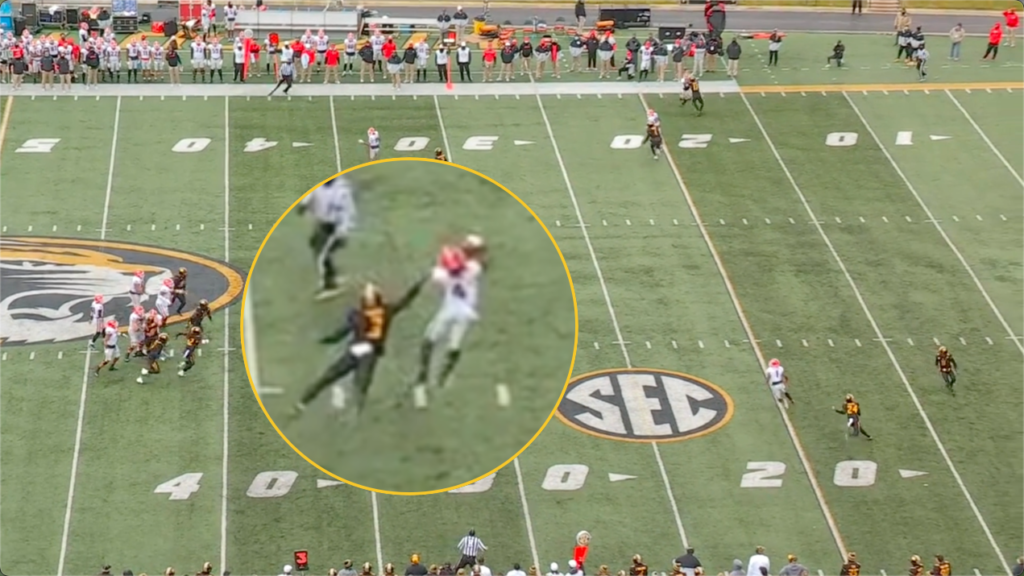 It’s such an intelligent move because once he catches the ball he doesn’t have to worry about being tripped up or tackled because he’s already beyond the linebacker who was already out of position. Cook catches it and scoots for the touchdown.

Here, Georgia motions Cook out wide and he gets matched up with now Chiefs linebacker Nick Bolton. Bolton, like most linebackers is likely expecting Cook to just run a Go-route. Cook would close the cushion, then sprint outside. But Cook attacks inside then looks to stack and widen back to the boundary once past Bolton. The move put Bolton in a blender and Cook drew the penalty.

Cook’s mental processing and ability to work through trash to become available for his QB on passes down the field are fun to watch. This is half of the battle when it comes to running backs getting out into routes, especially from behind the line of scrimmage.

On this play against Kentucky, Cook is running a Rail route off of a play-action fake. This is a nice Leak concept where the play fake will hopefully get the linebackers crossed up during their Read Phase of processing Run to Pass. Well, it worked really well but Cook also made it quite easy on his QB. Rather than trying to work through the trash to the left of the formation, he got North and South as quickly as he could. Once he cleared the first level he immediately widens his route stem back out towards the numbers and gets his eyes on his QB to let him know he’s ready for the ball.

Cook is a tough matchup for safeties, let alone linebackers. At times, linebackers will attempt to disrupt Cook’s release out of the backfield to throw off the timing of the play. Especially on routes like Rail or Wheel routes. The linebacker on this play is in a very good position at the line of scrimmage versus being off the ball. He’s in a better spot up near the line of scrimmage so there is less space for Cook to set up his route stem. 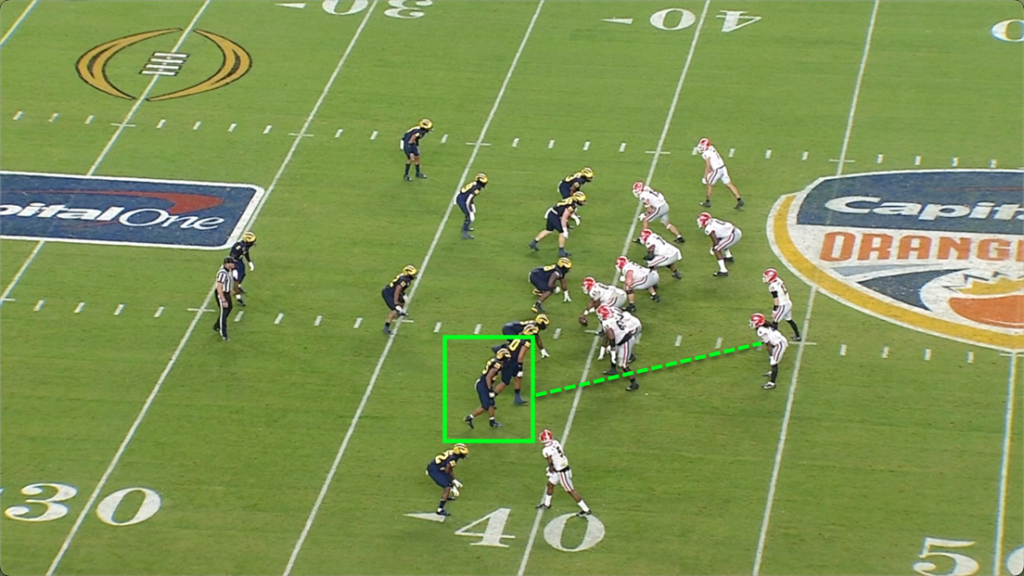 So the linebacker has outside leverage immediately and wants to contain Cook inside, especially inside the numbers generally the intended route width. 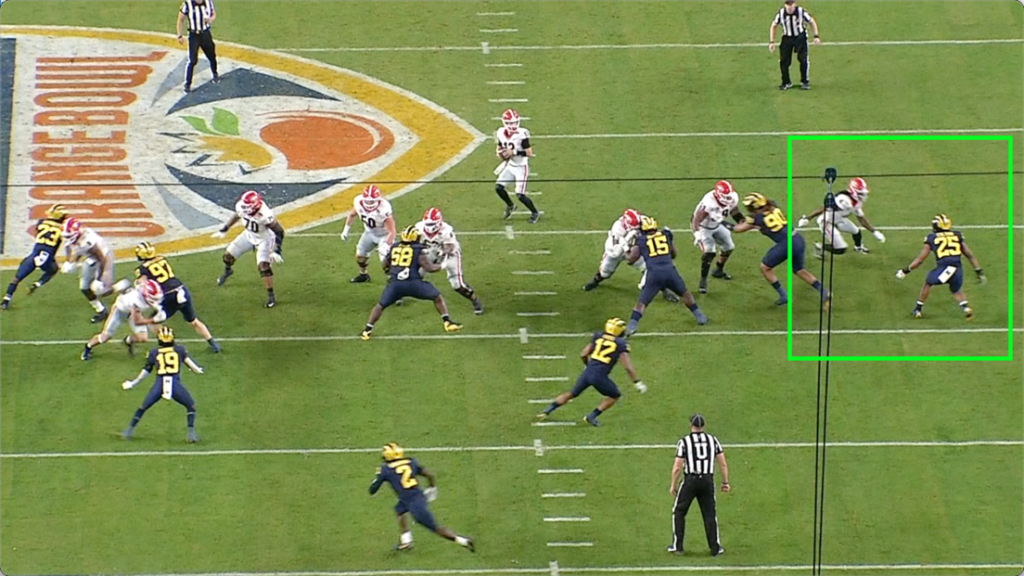 But Cook once again adjusts his plan of attack. He stabs inside in a “best release” fashion, something that is typical of top-tier receivers, and then widens his route stem to gain even more separation. This just means that he released inside vs. outside as is typically the plan. There’s no reason to fight through the linebacker, Cook uses perpetual motion instead. The move caught the linebacker completely off-guard and Cook was wide open for the touchdown.

Cook is going to be a new chess piece for Dorsey to use, a new wrinkle that the Bills haven’t had in their offense for many years. But it’s up to Dorsey to design and call plays that give Cook the opportunity to be maximized in the passing game.