The Buffalo Bills fought bad weather, early turnovers, and a 20-3 first-half deficit in their Week 4 clash with the Baltimore Ravens. Buffalo was able to ultimately overcome the (somewhat self-inflicted) adversity stacked against it, scoring 20 unanswered points to defeat the Ravens, 23-20, and improve to 3-1 on the season 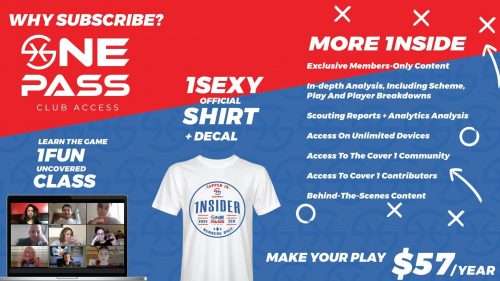 Josh Allen’s second pass of the game was tipped, intercepted, and returned to the four-yard line after a penalty on the return. The Bills managed a field goal on their next drive, after which the Ravens answered with a 15-play, nine-minute drive where the Bills’ defense seemed absolutely lost. The subsequent Bills’ drive only saw another three plays before Devin Singletary coughed the ball up on the Bills’ own 36. The Ravens put up a field goal to make it 17-3, and after a Bills three and out, Buffalo quickly found itself down 20-3 with 3:39 to go in the half. All told, the Bills’ offense only totaled 59 yards over their first three drives, with two turnovers.

Those would be the last points the Ravens would earn. The Bills closed the gap going into the half, driving 76 yards in 1:38 and capping the series off with an Isaiah McKenzie touchdown. In the second half, the Bills’ defense stifled the Ravens’ offense and Lamar Jackson. Baltimore’s first three drives of the half saw the Ravens run 15 plays for 36 yards, two punts, and an interception. The Bills capitalized on their strong defense to put up 10 points in the quarter to tie the game on the back of a nine-play, 80-yard drive, capped off by an 11-yard Allen rushing touchdown. The Ravens had a chance to take the lead with just over four minutes left in the game when pressure from Bills’ defensive end Shaq Lawson forced Lamar Jackson to force a pass into the endzone, which Jordan Poyer picked off. The Ravens would never get the ball again. The Bills took the entire four minutes and nine seconds left in the game to drive the ball to the Ravens’ one-yard line, helped out by a controversial roughing the passer call on what would have been second-and-five. Tyler Bass got the honor of hitting a chip-shot 21-yard field goal to win the game as time expired.

After having his way with the Bills’ defense to open the game, Lamar Jackson was held to 8-13 passing for 36 yards in the second half. The Raven’s offense outgained the Bills 135 yards to 61 yards through their first four drives. Over their last five drives, the Bills outgained the Ravens 277 yards to 123 yards.

It wasn’t the most efficient day for Josh Allen, going 19-36 for 213 yards with a touchdown and interception, but he tagged on another 70 yards and a touchdown on the ground. Allen was the leading rusher of the Bills on the day, but Devin Singletary put up 49 rushing yards on top of his 47 receiving yards. He made several big plays down the stretch, including a 16-yard catch and run to move the Bills down inside the Ravens’ 11-yard-line.

Finally, Jordan Poyer returned to the lineup in a big way. The veteran safety grabbed two interceptions, including one in the endzone that was followed up by the Bills’ game-winning drive.

This game could’ve gotten out of hand early for the Bills, moving them to 2-2 before a match-up with an always tough Steelers team. Instead, the Bills forced the Raven to blow their second straight three-touchdown lead at home on the back of the timely defense and masterful time management on the game’s final drive. The Bills snapped their streak of seven-straight one-score game losses and stole a win against a divisional opponent that is expected to be playing for top seeding.