Bills vs. Browns: How to bet NFL Week 11 following move to Ford Field

Are you ready for some chaos?

Due to public safety concerns and out of an abundance of caution in light of the ongoing weather emergency in western New York, Sunday's game against the Browns will be moved to Ford Field in Detroit.

NFL source confirms to me Browns at Bills is being moved to Detroit.

A potentially-generational lake effect snow event is set to impact western New York this weekend, with totals north of 40 or 50 inches being forecasted. There was legitimate concern over how the predicted snowstorm might impact the Buffalo Bills’ upcoming matchup with the Cleveland Browns, and that drove the total all the way down to 41. With this latest news of the game being moved to Detroit’s Ford Field, look at the spike in the last 28 minutes. 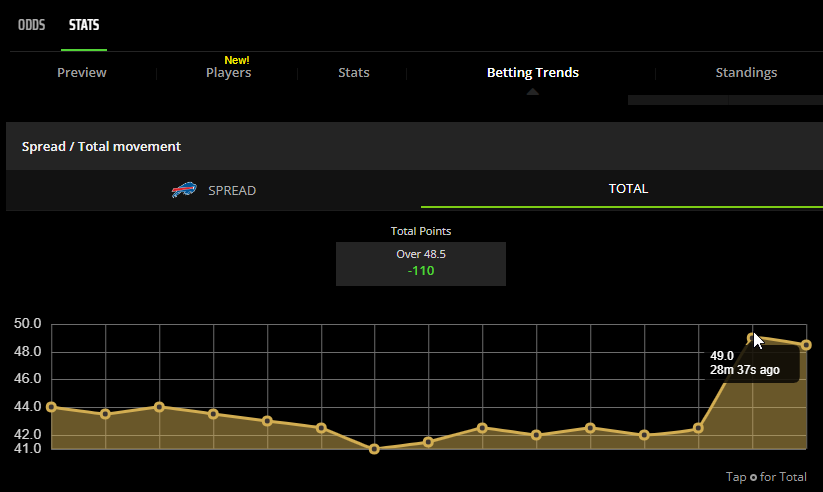 (This is also a great chance to make sure you know about the Stats tools on DK. They are almost as important as market percentages in informing your betting, and checking out the trendlines can give you some crucial reads)

The total jumped up 6.5 points in the moments following the news. You’ve gotta move fast.

Now, a lot of bets that were made before this site switched are going to be refunded because the books have fine print that lets them get out of commitments in these rare instances.

The spread jumped too. 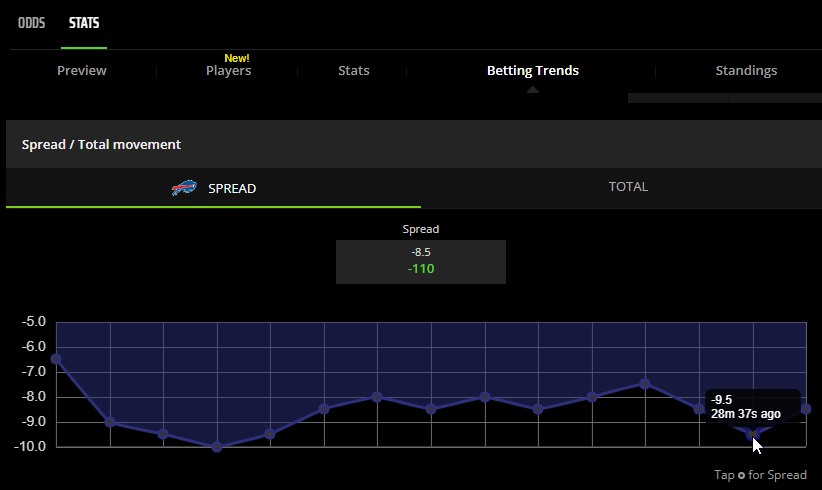 Once the spread got to -9.5 for the Bills, it likely got too high for some big betting group, which forced the line back to -8.5. That too is a dramatic shift if not at the scale the total moved.

All that’s great, but what about some actionable recommendations:

Play over the total up to 50.5. The Browns’ offense has been better than most realize, and they can seriously run the ball. Despite recent struggles, the Bills are a high-powered offense, and the Browns have been a surprisingly bad defense all year. Without six’feet of snow slowing them down, this should be a high-scoring contest.

Wait on the spread. It’s still too early to hit BUF -9.5 in my opinion. Cleveland’s ability to run encourages a lean to CLE +9.5 if you have to bet right now.