Throughout his first three seasons, Buffalo Bills defensive tackle Ed Oliver was far from a bust, but he occupied a strange space in Bills discourse. Though he had played well, he had largely yet to live up to his top-10 draft hype. He showed flashes in each of his first three years, but now in year four, Oliver has been the game wrecker he was drafted to be. Let’s dive into what is going right for the Bills’ lineman.

At first glance, the numbers don’t jump off the page for Oliver. He ranks 25th in total pressures among interior defensive players (PFF), but every player ranked above Oliver has played at least 10 games (besides Matt Ioannidis with 9 games). According to their pass rush productivity metric, which measures pressures on a per-snap basis, Oliver ranks fourth among defensive tackles. What is even more impressive is Oliver’s run-defense efficiency. He ranks third in PFF’s run-stop win rate at 12.1% among qualifying defensive tackles. He has also picked up six tackles for losses over his last three games. All this is to say, since recovering from his early-season ankle injury, Oliver has been an incredibly productive pass rusher and equally as effective as a run defender.

Bills vs. Patriots Preview: Josh Allen vs. Bill Belichick Round #9

Let’s look at three plays from the last two games highlighting Oliver’s contribution to the defense.

The first two plays come from the same drive of the Lions game, play one coming off the Josh Allen red zone turnover. The right guard and tackle for the Lions appear to miscommunicate whose responsibility it was to block Oliver. The defender takes advantage, reads the play like a book, and uses his freakish explosion to blow up the run in the backfield. 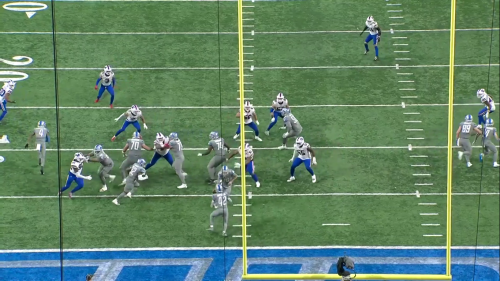 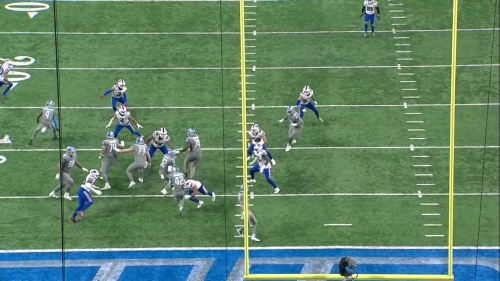 This sets up our second play. The Bills’ defense was trying to get off the field after an incomplete pass on the drive’s second play. Here, Oliver takes Lions’ offensive lineman Dan Skipper’s money. Oliver gets lower than the much larger lineman and drives him into the lap of Jared Goff, and gets the sack in the endzone. 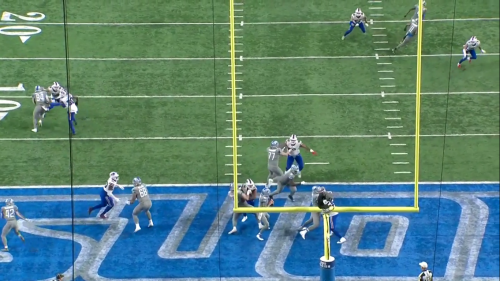 The final play comes against Cleveland’s Wyatt Teller and Nick Chubb, two of the best at their positions in football. Here, Oliver is quicker than the All-Pro Teller; getting around him to stop Chubb before he can ever get upfield. Chubb was held to one of his worst games as a professional in the Week 11 game, being held to 19 yards on 14 carries. Oliver played a huge role in making that happen. 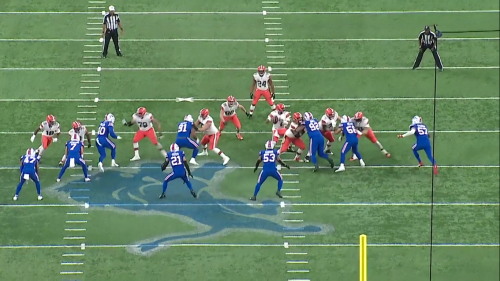 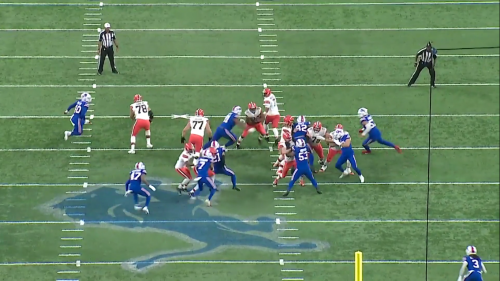 We are seeing the best version of Oliver we have seen to date. He is pressuring quarterbacks while also being a force in the run game, with Thursday’s game being his best yet. When asked about Oliver’s most recent game, head coach Sean McDermott made it clear he expects even more going.

“That shows everyone what he’s capable of, and that’s the new standard for him.”

And his defensive coordinator Leslie Frazier never doubted him saying, “Absolutely, this is what we envisioned.”

If Oliver continues his current trajectory, extending him should be an easy decision for the Bills’ front office. Finding players who can disrupt the game from the interior the way Oliver does is rare and invaluable, and as we have seen in countless playoff runs, it can win you a Super Bowl.