Bills WR Isaiah McKenzie seizing opportunity in camp: ‘This year is my turn’

The Buffalo Bills offense is going through a transition as they move from Brian Daboll’s system of the past four years to Ken Dorsey’s offense in 2022. Despite the change in coordinator and some schematic and philosophical changes, some of the offense will carry over from the previous system.

In a similar fashion, Bills wide receiver Isaiah McKenzie is someone this team has gotten very familiar with over the years, someone who has played a role in his time here. In 2022, that role may be shifting and expanding.

In a recent interview with the Cover 1 Film Room crew, McKenzie said “I feel like eventually, it comes to a point where it’s Isaiah’s turn, and I feel like this year is my turn”. 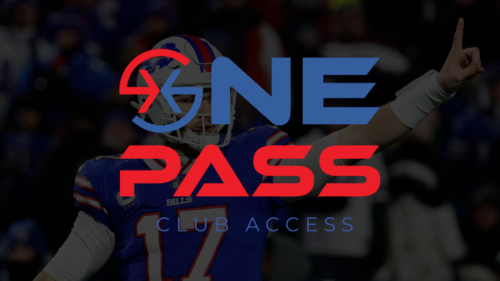 After an eye-popping performance in a critical Week 16 game against the New England Patriots (11 receptions for 125 yards and a touchdown), many people, particularly the fantasy community, felt that it was Isaiah’s turn, and that he would produce at a higher level if given the opportunity. Some doubted that such a player could, or really should, be trusted with a role as important as the starting slot receiver for Buffalo, particularly when that player seems to be the exact same player he’s been in the first five years of his NFL career.

But if you ask Isaiah McKenzie, he would say he has grown as a player, and in particular, as a route runner.

When asked about his influences as a route runner, the very first answer he gave was former Bills wide receiver Cole Beasley. But it wasn’t always the former shifty, security blanket of Josh Allen that he modeled himself after.

“Before [Beasley], I was just looking at fast guys, you know like fast guys don’t really have routes, they just run,” McKenzie said. “But before I got into the NFL, and I know he’s a year ahead of me, but a guy like Tyreek Hill, I said ‘oh he’s fast, so I’ll try to model myself after what he does.’”

It’s not just players that have helped McKenzie. As one might expect, wide receivers coach Chad Hall has been a big help and influence for McKenzie during his time in Buffalo.

“The guy is incredible, but as a receiver, he’s a smaller guy he knows what I know, he feels what I feel, so, you know, I can’t even put into words what he’s done for me when it comes to staying low in my routes, getting in and out of breaks,” McKenzie said. “He’s taught me everything Cole Beasley taught me times ten.”

But now six years into his career, McKenzie wants to be more than a speed demon or a gadget player. He saw the production of Beasley in this offense and decided to change and model his game after Beasley. Now with an opportunity to take control of the starting slot position with Beasley out of Buffalo and veteran Jamison Crowder being hurt, McKenzie has performed beyond expectations in the first week of training camp.

The fans crushed this Q&A last night with Isaiah McKenzie. Their questions evoked some amazing answers from Isaiah… https://t.co/b7d8SgB5V0 pic.twitter.com/8bzmypbg04

In today’s NFL, and especially with the Bills, it’s more than just fitting better in a new offense, it’s about earning the trust of the quarterback. As Bills fans know, Allen is no ordinary quarterback, and running routes for him is no ordinary task.

“You want to be definitive with your route,” McKenzie said. “That’s what we talk about most, how to attack leverage, when to be patient, when to go full speed.”

It’s more than just running the exact route that’s called, however. As McKenzie says, “there’s the play call, and there’s when you get to the line of scrimmage”. As any NFL coach or player knows, what is called in the huddle will not always be the exact same play that’s run on the field, because adjustments can be made to what coverage the defense presents, or if they change the initial look to a blitz call, or if a DB is playing with leverage a certain way, and adjusting an option route based on that leverage. All of that can happen in the 10 seconds or less from breaking the huddle to the snap of the ball, and it’s a lot of pressure and information to process in a short amount of time that many receivers can’t do effectively and especially consistently. But it appears that Isaiah McKenzie is ready and willing to take on that challenge and be that type of player this year.

McKenzie has been with this team since 2018 when Josh Allen was just a rookie running around and hoping to make a play. McKenzie came to the team as a waiver wire pickup and quickly earned a role that has grown over the years. Now he’s looking to take a big step forward and be a full-time starter with one of the best offenses in the NFL right now, and if his training camp performance is any indication, he is more than ready to seize those reigns, and be hard pressed to ever let go of them.