Buffalo Bills fans, players and coaches were left with a bad taste in their mouths after the now-infamous “13-seconds” loss to the Kansas City Chiefs in the 2021 AFC Divisional Round. Roughly nine months later, and two games into the 2022 season, it’s clear that this team is out for vengeance. After easily knocking off the defending Super Bowl Champion Los Angeles Rams 31-10 in Week 1, the Bills absolutely throttled the Tennessee Titans 41-7 on Monday Night Football. 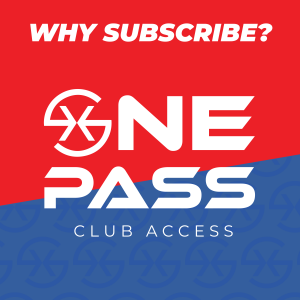 Josh Allen and Stefon Diggs showed no mercy on Tennessee’s young and depleted secondary, connecting 12 times for a whopping 148 yards and three touchdowns. But it was the defense – and particularly the defensive line – that has been the biggest improvement from last year’s team to this 2022 squad that looks utterly unbeatable.

After taking down Matthew Stafford seven times with 27 total pressures, Buffalo sacked Ryan Tannehill twice, hit him six times, and totaled 12 pressures on 28 total dropbacks. Tannehill was 11-of-20 for 117 yards and threw two interceptions, thanks to the pressure from the front four. Rookie Malik Willis completed one-of-four passes for six yards after taking over for Tannehill following a Matt Milano pick-six to give Buffalo their final points.

Marquee free agent addition and superstar pass rusher, Von Miller, has brought the juice to the Bills’ defensive line, and through two games his presence has reverberated throughout the entire defense. After a two-sack, four-pressure Week 1 outing, Miller added two hurries and a monster tackle for loss on running back Derrick Henry in Week 2.

Miller spoke to the media following the game and energetically spoke about just how locked in and focused the team is, not just on winning, but embarrassing their opponents in the process.

“Whenever we’re up, we keep saying to each other, don’t blink, don’t let our foot off the gas,” Miller said. “It’s a killer instinct. It’s a blood-in-the-water instinct. I don’t know how it was before I got here, but now it’s a pedal-to-the-metal, attitude of domination. We not playing the game to just win the game, we’re playing to dominate the game. We’ve got a team full of killers. It’s led by our quarterback, our coach, our leadership on this team.”

Buffalo’s relentlessness helped them limit “The King,” Derrick Henry to just 25 yards and a score on 13 carries – an embarrassing performance from a superstar who’s crushed the Bills in each of the last three seasons.

The Bills have boasted one of the most explosive offenses during the last two-plus seasons, but they’ve stagnated at times. Whether it was forcing the run when it clearly wasn’t effective, or the defense lagging and giving up explosive plays in critical moments, the team was missing a final touch.

Through two games, against a Super Bowl Champion and the 2021 No. 1 seed in the AFC, Buffalo looks like a team without flaws and one that is sticking to its strengths – without getting cute.

In Week 1, defensive coordinator Leslie Frazier didn’t dial up a single blitz, relying on the front four to dominate a subpar Rams offensive line. In Week 2, it was Dorsey slamming the gas pedal through the floor and dialing up 21 consecutive Josh Allen passes. The coaches and players know their strengths, they know what works, and they’re leaning into it all.

The Bills have been built to win in each of the last two years, but that 13-second crumbling last season just might be the catalyst to a team that will take no prisoners in 2022.