Rookie cornerback Dane Jackson made a few splash plays in his first taste of action against the New York Jets. His interception towards the end of the first half was critical because it gave his offense the ball back with a chance to get points at the end of the half. Originally, I thought the coverage was a simple Tampa 2 coverage, but when Buffalo News Beat Reporter Mark Gaughan asked Jackson about his technique on the play, Jackson revealed the true coverage.

Jackson stated that he was in “Blue Coverage,” which is commonly referred to as Cover 2-Read, Two-Blue, or as Jordan Palmer broke down with us years ago, Palms Coverage. So it looks like a Tampa 2 Coverage but can play like Quarters coverage if the routes unfold in a certain way.

But why would you want your corners playing aggressive on 2nd-and-10, with 49 seconds prior to half? The Bills wanted Jets QB Sam Darnold to have to earn every inch down the field, especially with their three timeouts in their pocket. Defensive coordinator Leslie Frazier didn’t want to play soft and call traditional Cover 4 (Quarters). If the Jets were going to throw it short, he wanted his linebackers and corners to be in positions to rally and tackle.

So why was this play by Jackson encouraging to Bills fans? Because he played above the scheme. He understood the situation. On the snap, the Bills have him pressed up. Typically, against 2×2 sets like this one, the Bills do roll out Quarters coverage, with all of the defenders quartering off the field. The type of coverage where Jackson would simply drop to his deep Quarter, and an underneath defender would have the hook, curl to flats. 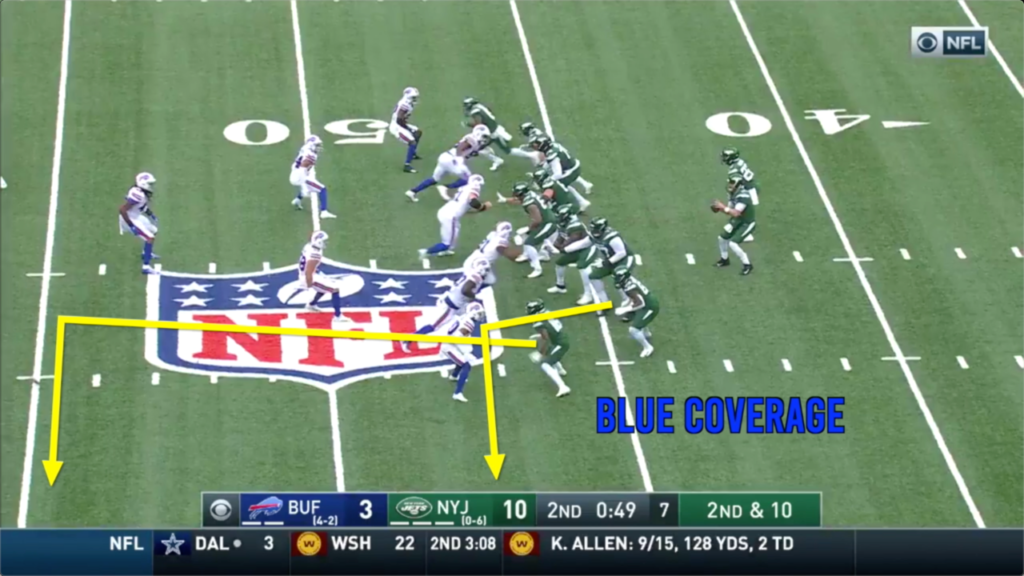 Even post-snap, if you watch linebacker Tremaine Edmunds, he looks like he is executing a deep drop for a Tampa 2 coverage, so at this point, Darnold doesn’t know if he is looking at Tampa 2 or traditional Quarters coverage. Jackson executes his bail technique, gaining vertical depth and also horizontal depth, to keep both targets and the QB in his line of sight. In Palms coverage, Jackson is reading the #2 WR to #1. So if #2 runs an out route, then he will jump it and pass the #1 WR to the safety. 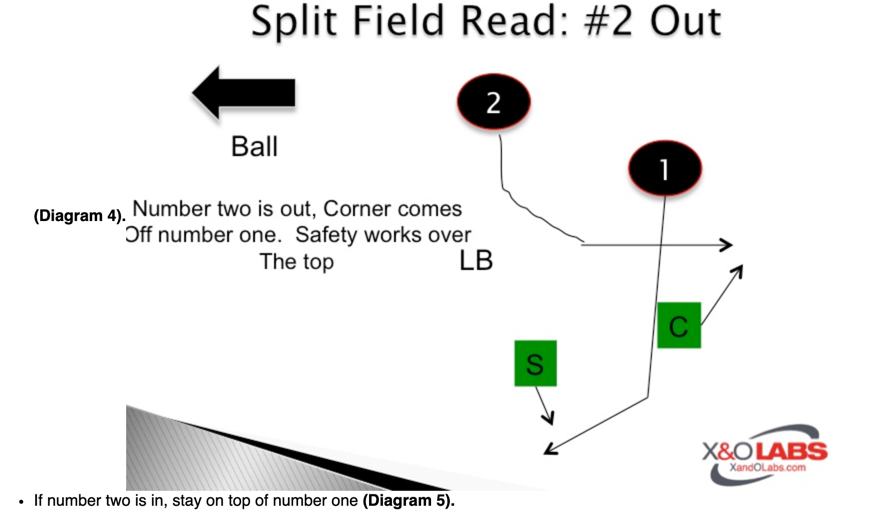 So as the #2 runs the out pattern, Jackson could jump it, deter the throw to him, and be in the right. 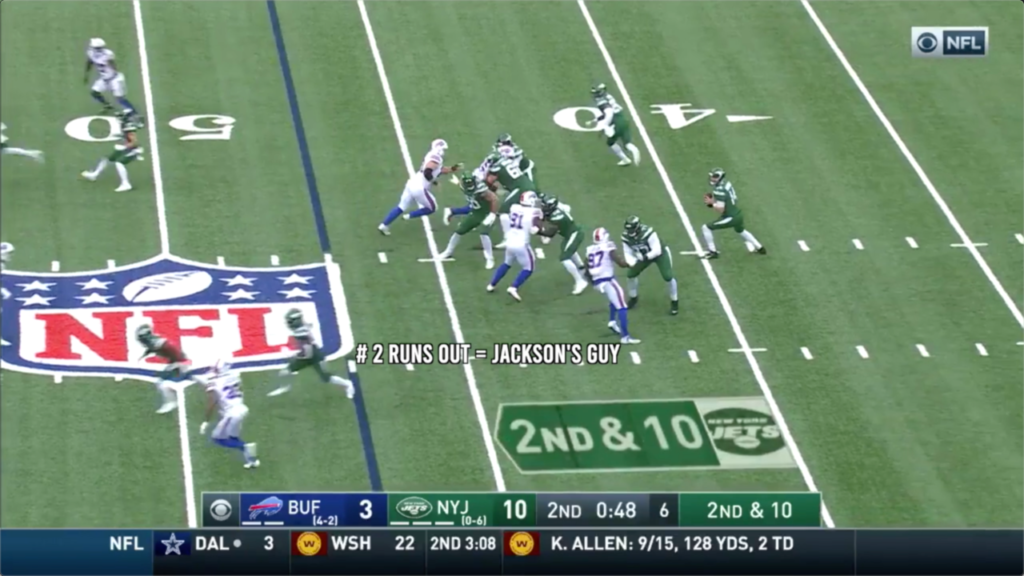 But Jackson understands the situation, so he remains patient and plays with great zone eyes. He is spacing both patterns and reading the routes through to the QB. Darnold wants the deep route from the get-go. In fact, he hit a similar route over Taron Johnson and under Jackson earlier in the game with a dime. But that was against what appeared to be traditional Quarters coverage. 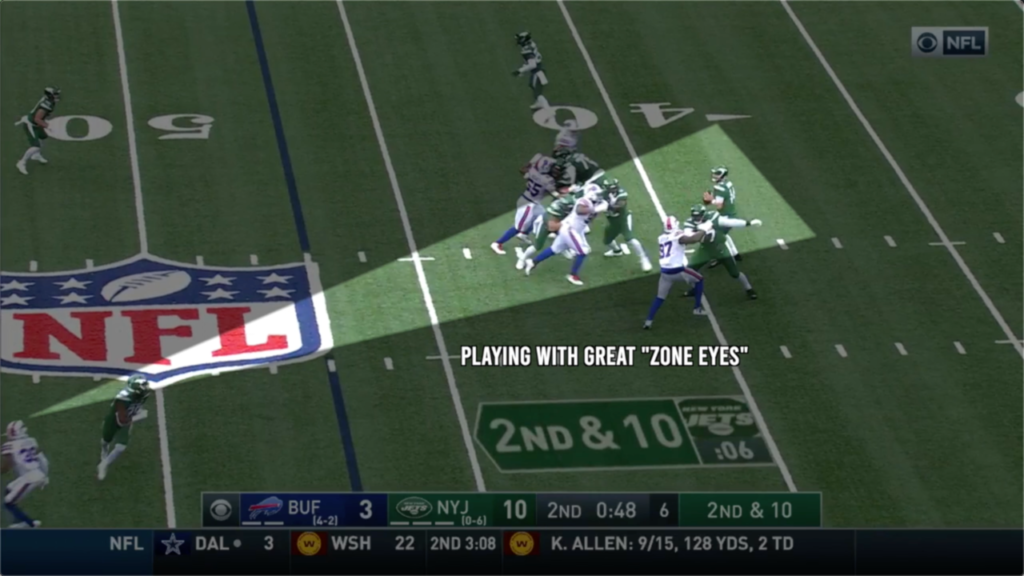 Once Darnold starts his delivery, Jackson falls off of his man and gains depth to undercut the route. This is a route that can stress a split-field safety simply based on the leverage of the route combination. Jackson showed off his football IQ, understanding of situational football, discipline, zone eyes, and play-making ability all in one rep. Kudos to DC Frazier for the play call; this is a slight change in his typical tendency. The call allowed the defense to disguise the call and make a play.