A five-star talent out of high school, Miami DE Jaelan Phillips appeared to be on cruise control to the NFL. However, numerous injuries and a medical retirement later, that path seemed entirely uncertain. After some time away from the game, Phillips had a rebirth of sorts, leading him to at least back on track to the NFL, though success is not guaranteed.

As Phillips approaches the 2021 NFL draft, his career and extensive injury history is under a microscope and every detail parsed out with a fine-tooth comb. Selecting players in the NFL draft is a time-intensive process and teams do not want to waste assets as wrong draft picks can cost teams not only shots at a championship, but it can also cost people their jobs. Those that make the decision to draft Phillips despite his extensive medical history will have to do their due diligence in order to stay employed for years to come. To understand why this is such a big decision, Phillips’s medical history must be evaluated.

Sophomore year: In the offseason, Phillips was hit by a car on his moped, severely injuring his left wrist, requiring two surgeries including a proximal row carpectomy.

During the season, he appeared in four games before suffering a season-ending concussion, forcing him to miss eight games. According to The Athletic, UCLA doctors would not clear him in the future if he suffered four or more concussions once he got to three concussions, ultimately forcing him to medically retire. Based on the wording, he suffered two concussions in college which forced the medical retirement but he also had a concussion when he was 10 years old. It appears as though the doctors were counting that one towards his overall total.

Sat out due to transfer rules.

Redshirt junior year: Appeared in 13 games, did not suffer any publicly known injuries.

Looking at Phillips as a whole, he has suffered two documented collegiate concussions, three total counting a concussion suffered at age 10. Two ankle injuries, one a high ankle sprain and a wrist injury that required two surgeries.

Assessing injury risks by level of severity are the ankle injuries that are of the least concern. High ankle sprains or syndesmotic sprains are unfortunately common and can be debilitating during the season. But based on what is known, this is the only injury to the right ankle and it has not been an issue for nearly four years. This injury could happen again, but I’m not certain that this previous injury would lead to a higher recurrence at this point. The left ankle injury has little to no information available and does not appear to be any more concerning than any other injury.

The next concerning injuries are the lengthy concussion history. A concussion has been defined as a complex pathophysiologic response to biomechanical forces imparted to the brain, resulting in onset of neurologic symptoms that predominantly reflect a functional disturbance, rather than a gross structural injury. Phillips had two documented concussions, three total and he has yet to enter the NFL. Knowing he was forced to medically retire knowing another one would medically disqualify him at UCLA is concerning regardless of institution. 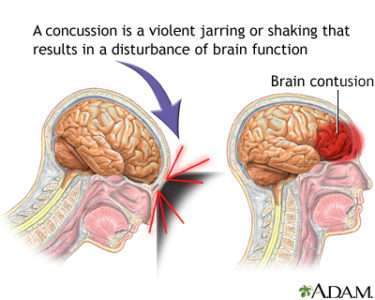 Having a year off from football likely helped him and then avoiding one in 2020 helps his draft stock, but the history is still there. He is already three times more likely to suffer another concussion as he has had three documented in his lifetime. However, increasing the level of competition will only likely increase his chances to suffer another one in the future.

While there is not a cut-off number with regards to concussions that forced retirement in the NFL like there were at UCLA, there are countless players that have retired due to the cumulative impact of the repeated head trauma. Two players, former Washington Football Team TE Jordan Reed and current Bills C Mitch Morse have a long documented history of concussions with Reed having seven total and Morse not far behind with five. Both have been dogged about their health throughout their respective careers due to the repeated hits to the head and have had teams questioning their longevity.

Phillips hasn’t even played a down in the NFL and he isn’t far off from those numbers. While each concussion is unique, the cumulative effects of those concussions including the long-term implications and time missed can weigh on any player. There research that supports that there is a financial and career length impact of those suffering concussions which is concerning if a team looks to draft Phillips early.

What the numbers show is that at one year into a career, the retired/release/traded rate for a concussed player is 33.6% compared to 21.7% that was non-concussed. At the three-year window, those rates dramatically increased to 66.7% concussed that were retired/released/traded versus the 24.2% that was non-concussed. The major concern is whether he suffers another one and is out for an extended period of time or he suffers long-term complications from the injury.

Looking at the career survival rates for these same players, the numbers are nearly equal after one year in the league with 77.7%of players concussed compared to 78.3% of players still playing. The numbers at three years drop to 30.3% concussed versus 54.2% non-concussed. Finally, at the five-year mark, the numbers plummet to 11.6% concussed versus 36.6% non-concussed. Looking to get through a standard rookie deal, seeing the numbers dwindle like that isn’t reassuring, especially if having to pay first-round money. 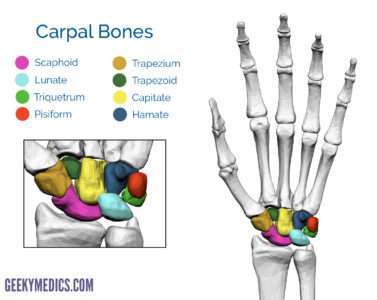 Finally, the left wrist injury involved a proximal row carpectomy, the removal of the proximal carpal bones (scaphoid, lunate, and triquetrum) to simplify the joint into a hinge joint and reduce pain. This type of procedure is more commonly seen in the older and general population with fairly good results. While there isn’t research to assess outcomes in elite-level athletes, the research does suggest that those with heavy manual labor jobs may have poorer outcomes later on.

The article goes onto state that failure rates are the highest with patients under the age of 35 due to active lifestyles. The highest failure rates are within two to three years, however, this does not account for football-related activities as a variable. Furthermore, one article referenced within the systematic review noted that there was joint narrowing and arthritis within the radiocapitate joint, leading to persistent pain. 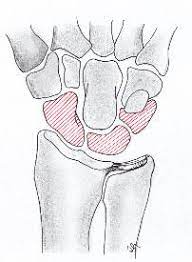 Phillips may be a one of a kind case based on his injury and returning to playing football. He has shown that he can play with the injury, though he took what was an eight to12 month recovery and compressed it into four months, playing through significant pain while at UCLA. Phillips went into great detail regarding the injury itself and the procedure on Instagram, giving the exact information which cuts down on speculation.

It did not appear to hinder him while at Miami, but what if he suffers another wrist injury to the area or begins to have arthritic changes, then what? There are simply too many unknowns for this injury that it would be risky to take a high draft pick on him. Especially when his job requires so much use of his hands to shed blockers, tackle ball carriers and hand fight at the line of scrimmage.

Phillips will be drafted; his skill set is too great to let him slide all the way down a draft board. Other players have had injury concerns that have fallen but most of them had issues on film that contributed to that fall. Evaluating Phillips as a whole, he really should be a player drafted in the late second to third round. That’s where I believe he will fall in the draft. But due to the lack of players with a true first-round grade and his 2020 tape, he will probably go later on Day 1 with some team falling in love with really one year of production.

The concussions and wrist injury are concerning. Phillips has been forced to walk away once. He’s identified his passion as music. There are a lot of players that play football because they are good at it, it doesn’t mean they love it. How close is Phillips to getting another injury and saying, this isn’t worth it after he has some money in his pocket and can say he played in the NFL? Really, only he knows. I do believe he is worth a draft pick, but just not a first-round pick if a team is trying to build something long-term.

I want to be wrong but I have reservations about Phillips’ career longevity once he gets into the league, especially if he doesn’t go somewhere where they are winning or if he suffers another concussion. Whatever team selects him in the draft better have a specific plan for him and use him immediately. Any GM seeing him as a cornerstone of the defense may be looking for jobs in several years if the above-mentioned numbers hold true. Phillips can play, but he may be best suited in a rotational defense and used often within his first few years in the league, rather than going through the developmental phases where injury could stunt or eliminate his growth as a player altogether.

Phillips, to me, is an example of potential versus reality. He has great potential, but I don’t believe the reality will match that and a team may be left wondering what happened. Hopefully, Phillips has a productive NFL career, but there are too many red flags to be certain.