We reached the midway point of the 2018 season. The Buffalo Bills are a 2-6 team struggling mightily on offense but showing improvement and “sustainable success” on defense. It’s time to look at the Bills’ campaign and identify who are the team’s most valuable performers through the midpoint of the season. Here are my choices:

Allen wins this award by default. The play on this side of the ball is so awful that it makes it really difficult to identify a player deserving of any type of award. The options there were Allen, Ray-Ray McCloud, Robert Foster, and Cam Phillips, so it was a no-brainer. Despite being far from being a finished product and struggling in the majority of his games, Allen showed flashes of his potential, with a live arm and some interesting playmaking skills. His game versus the Vikings was a promising one and, in time, he should develop into a QB capable of making everyone around him better.

A look at Josh Allen's numbers through the first seven weeks of the season. pic.twitter.com/S8BQXUe8ii

The Wyoming product missed two games with injury. Through six games he completed 75 of 139 passes (54%) for 832 yards, 2 TDs, 5 INTs and a passer rating of 61.8. He added 35 rushes for 155 yards and three TDs. Not great numbers but, considering all the circumstances around him and all the rookie QB play around the league, enough to keep expecting improvement from him. 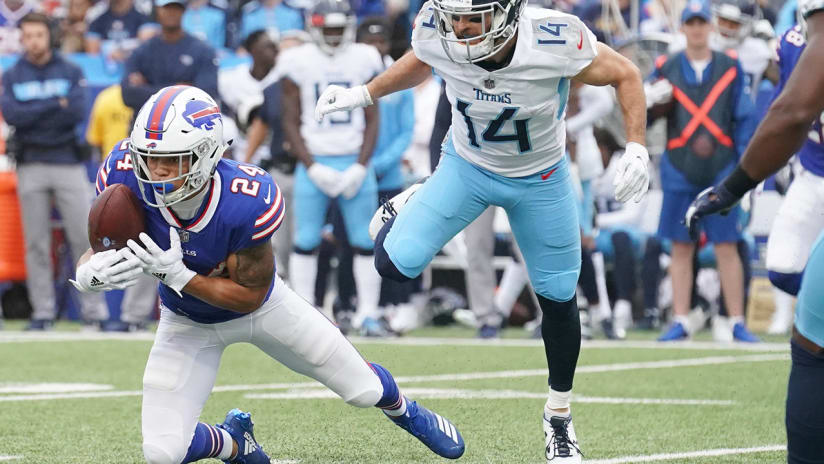 The first big surprise here. At the beginning of the year, everyone expected linebacker Tremaine Edmunds to be the clear choice not just for the Bills, but also as a potential NFL ROY. He hasn’t been disappointing, but so far, Johnson has been the standout on the defense among the rookies. Defensive tackle Harrison Phillips is another rookie contributing early on this side of the ball but nowhere near Johnson’s level.

Thinking of targeting Minkah Fitzpatrick in the slot? That's not a good idea. pic.twitter.com/zxq9b4BXld

Johnson won the nickel CB job in the preseason and never looked back. He’s been consistent helping to stop the run, diagnosing plays quickly and tackling well. In coverage, he’s keeping up with slot receivers and allowing few yards per coverage snap. Johnson has 31 tackles, one sack, two passes defended, one interception and one forced fumble. His emergence gives the Bills two great young CBs in their secondary. If they can find another one to play opposite White, this group could develop into one of the best in the league soon. 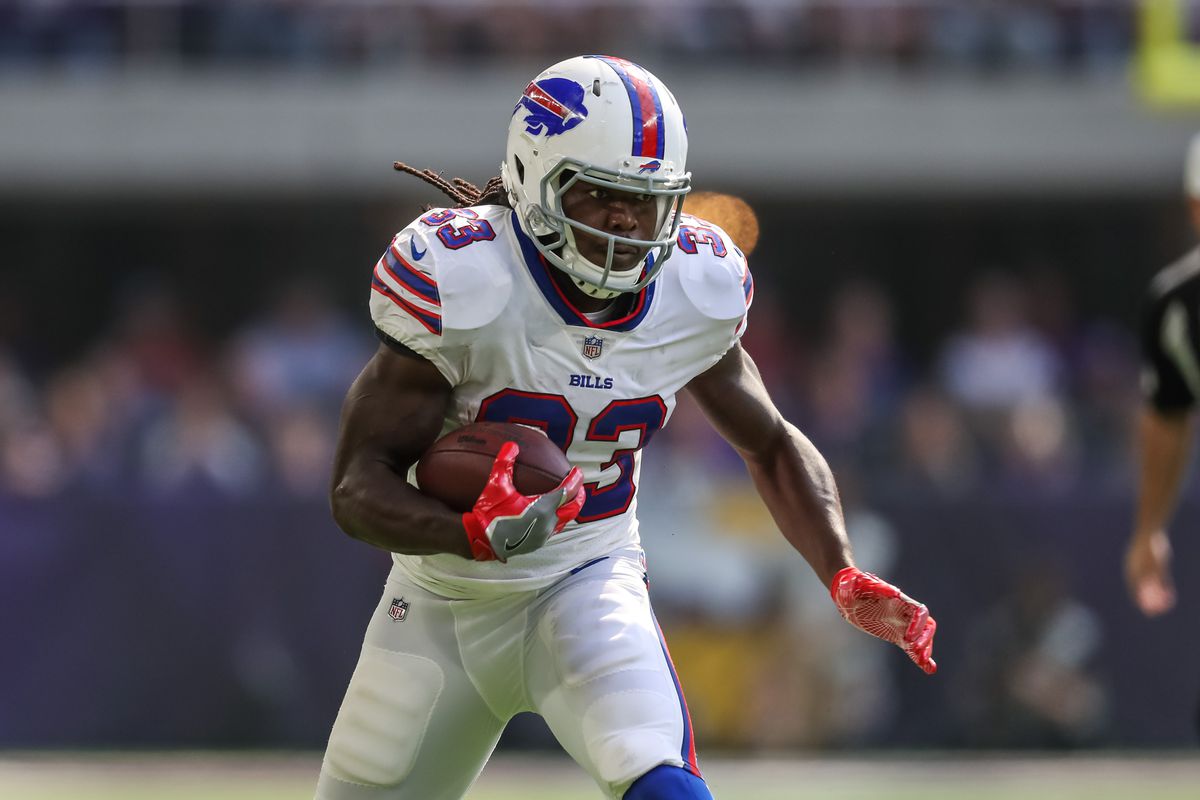 Again, very difficult to find bright spots on this historically bad unit. Ivory’s emergence as the most reliable runner gives him the nod. He runs hard and gets every single yard possible behind the team’s atrocious offensive line. His running style is way more effective than LeSean McCoy’s, given the quality of run blocking given to them. He’s always breaking tackles and gaining yards after contact:

Anderson checks to this inside zone run play, but Bodine is unable to sustain his block. The Bills offensive linemen are easily thrown off-balance, They need to add some athleticism up front. Seventy-three of Ivory's 81 yards came after contact! pic.twitter.com/oxVBEv9Six

Ivory’s numbers, 73 carries for 244 yards and one TD, aren’t impressive. When you watch the tape, though, the few times the Bills’ offense showed any consistency, it was with the former Jaguar running the ball. Buffalo needs more from their top offensive guy (McCoy) in the second half of the season but, so far, Chris Ivory deserves the award. 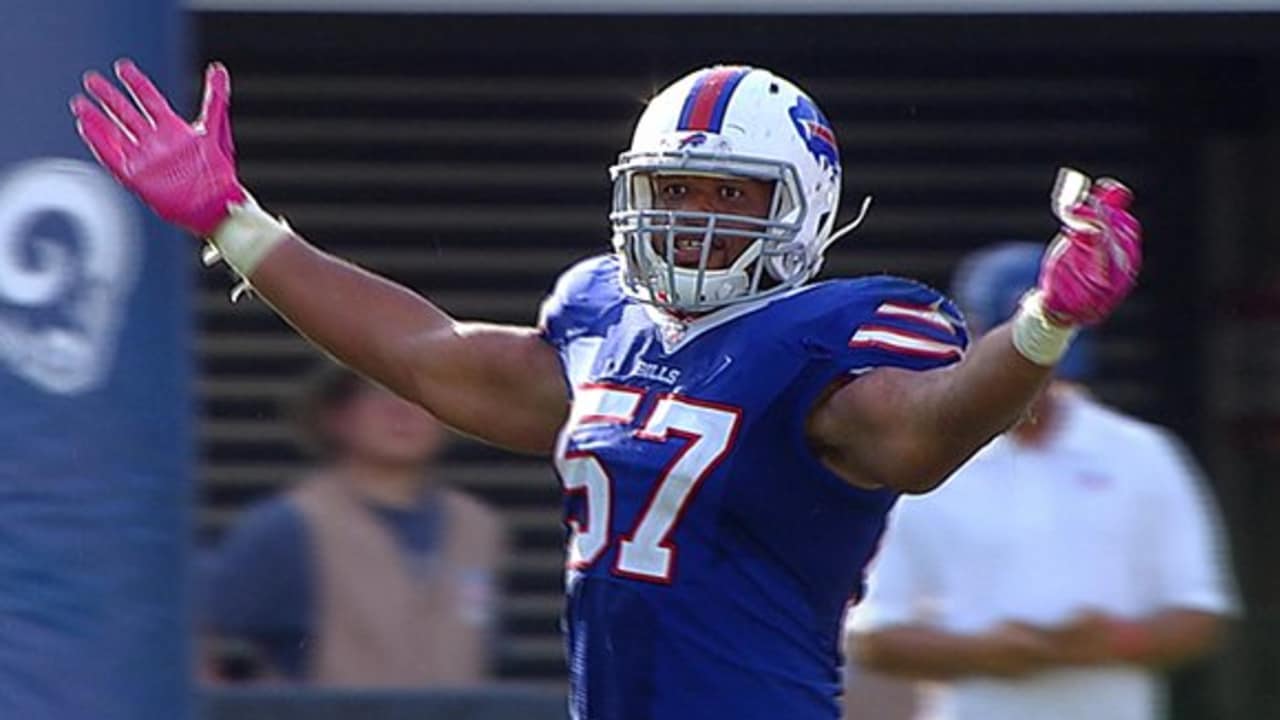 If on the offense it’s tough to find any contenders for the award, on defense it’s the complete opposite. This group has a lot of deserving names, and Zo comes on the top of the list. He’s doing it all on this unit, playing inside and outside linebacker in base, but also rushing the passer from the edge and even from inside as a DT on clear passing downs. The most impressive thing is he’s clearly finding success in every one of his tasks.

The highest graded edge defenders in the NFL through the first eight weeks of the season. pic.twitter.com/BfiKRleCmx

Alexander has 35 tackles, 4.5 sacks, one interception, five passes defended and one forced fumble this year. He’s been a swiss army knife in defensive coordinator Leslie Frazier’s hands. At 35 years old, Alexander continues to get better and show his versatility and leadership every single game.

The Bills’ defense started the season slowly, not playing well against the Ravens or during the first half of the game versus the Chargers. Head coach Sean McDermott took over the play-calling in the second half and the defense showed a lot of improvement. In the next week’s matchup versus the Vikings, Frazier was back at the helm calling the shots, and the defense continued their strong play.

McDermott taking over the play-calling duties in the second game of the season could have signified the beginning of the end of Frazier in Buffalo. Instead, the former HC stayed focused, learned from his mistakes and rebounded in the best way possible the following week. His unit, the 6th best in the league with 329.1 yards allowed per game, is the highlight of the Bills’ season so far, and his experience and humility to recognize what wasn’t working and change it contributed heavily to the team’s defensive success. 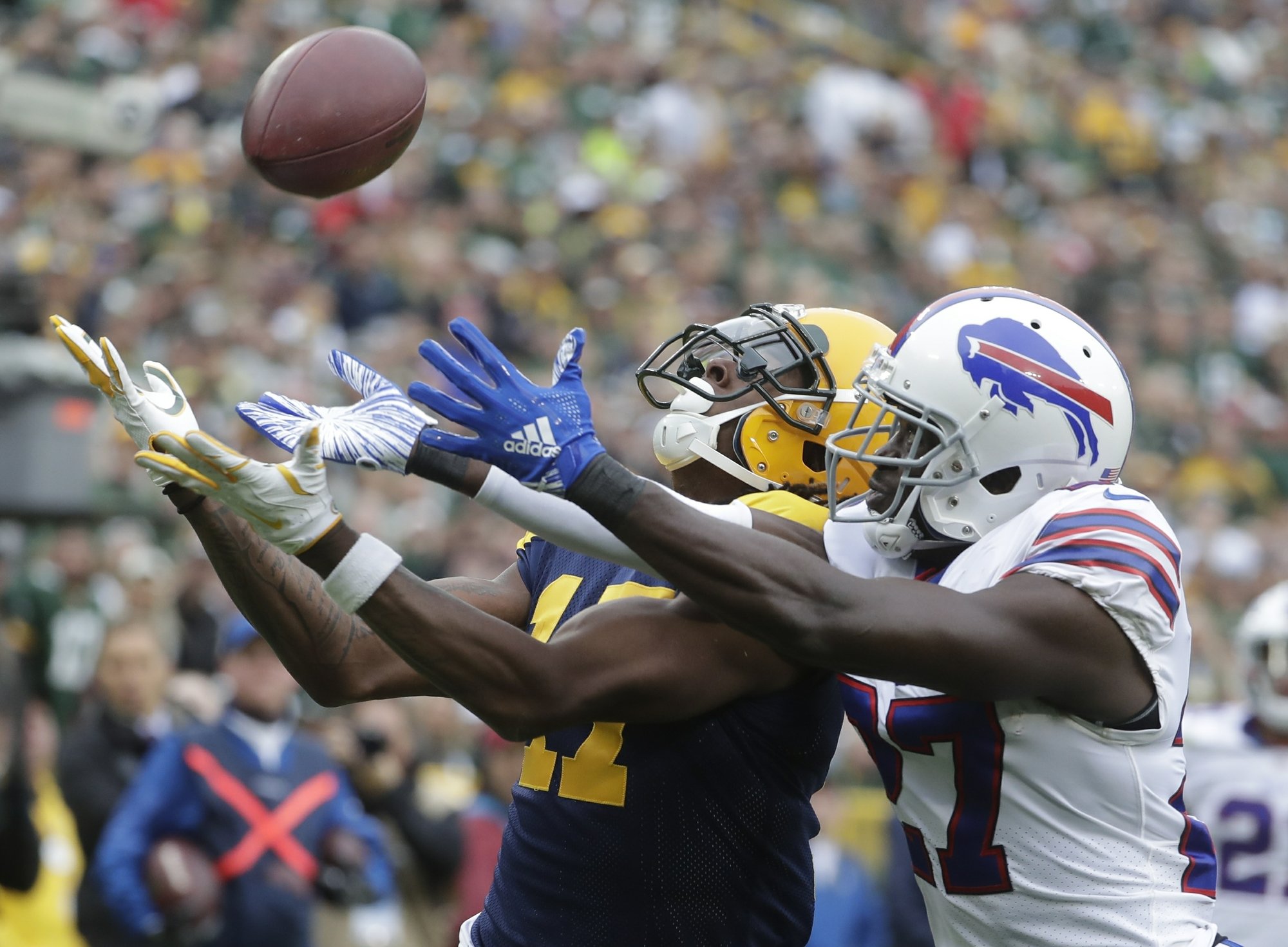 The Bills’ most valuable player in 2018 so far has been the CB Tre’Davious White. I felt the need to give the award to Tre for one big reason: I think the team’s defense would take a major blow if forced to play without their top cornerback, especially with the way he’s being used this year. The second-year player out of LSU is tasked with shadowing the opponent’s best receiver week in and week out. According to Pro Football Focus, he’s excelling:

The #Bills vs #Bears preview is up on the site. Click the link to see some of the awesome stats we are sending to the broadcast booth for this weeks match-up!!https://t.co/u6mj33nVfF pic.twitter.com/bazGM3KWWx

White has 28 tackles, one tackle for loss and 5 passes defended on the year. He’s holding his own against every top receiver he’s facing, forcing opposing quarterbacks to look elsewhere when trying to move their offenses. His impact on the team’s defensive performances this season are invaluable, and he’s establishing himself as a top CB in the NFL.