Bills vs. Broncos: What we’ll be talking about following Week 2 preseason clash

Buffalo Bills fans finally got live-action football in the 2022 NFL season with the first preseason game versus the Indianapolis Colts last Saturday, and beforehand nobody had planned on talking about turnovers, Tim Settle’s Hall of Fame jacket, or where Isaiah Hodgins’ name will fit best on the Wall of Fame.

According to Sean McDermott himself, some regular starters will play “a healthy amount” of the upcoming preseason game against the Denver Broncos. We can all easily foresee Bills Mafia scrutinizing over every snap Josh Allen takes, the “Von Miller against the Broncos” stories are already being typed up, and Isaiah McKenzie is already setting aside some time to search his mentions as soon as the game is over. But here, we’re talking about the players and events you’re not already talking about whose performances or occurrences will be the all the buzz post-game.

All the information you’re hungry for is in Cover1’s OnePass. Be an 1nsider. Be your best fan. 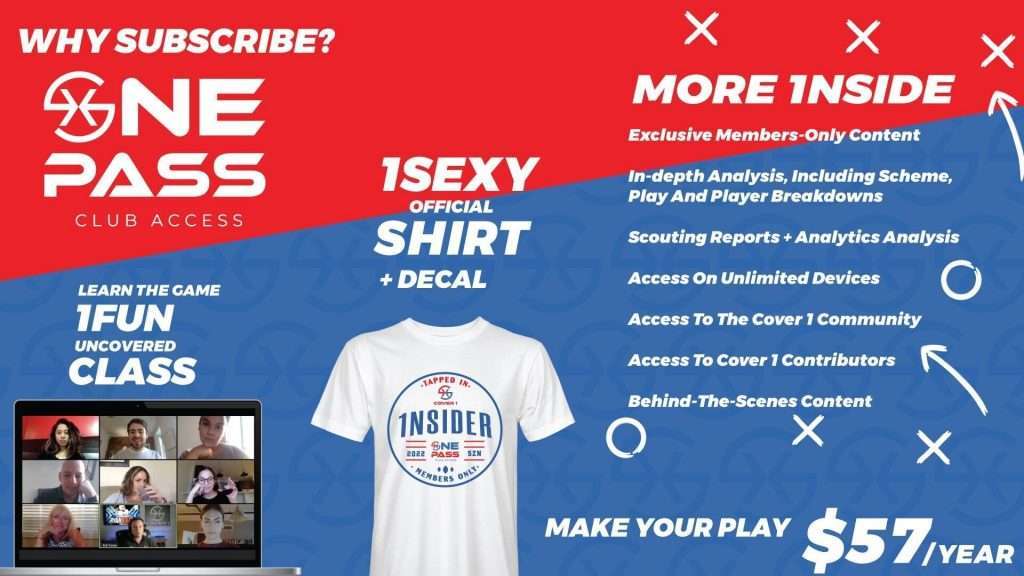 Right out of the gate, I’m cheating. Fans spent a lot of time talking about Keenum’s problems and shortcomings immediately after preseason week 1. Prior to playing the Colts, no one was considering realigning Keenum and Matt Barkley’s places on the depth chart. Then Keenum struggled while facing off with Indianapolis’ defensive starters while playing behind the Bills’ second-string offensive line. What we’ll be talking about Saturday night, Sunday morning and next week is how the narrative surrounding Keenum turns around.

Matt Barkley’s physical limitations were evident throughout his performance against the Colts, even though his overall numbers looked solid at the end of the game. This last week is the last time we’ll be hearing folks call for Barkley to be QB2 in front of Keenum. A few points. First, his first appearance in a Bills uniform was not good, but Keenum’s career clearly indicates he is not that level of bad. He’s not an All-Pro, but his track record across nine years carries far more weight than 32 snaps in his first Bills’ game action.

Second, Keenum is one of the best backup QBs in the NFL. Before you cry foul, have you really considered the players that are actually backups? Below is the current QB depth chart for each team in the league. 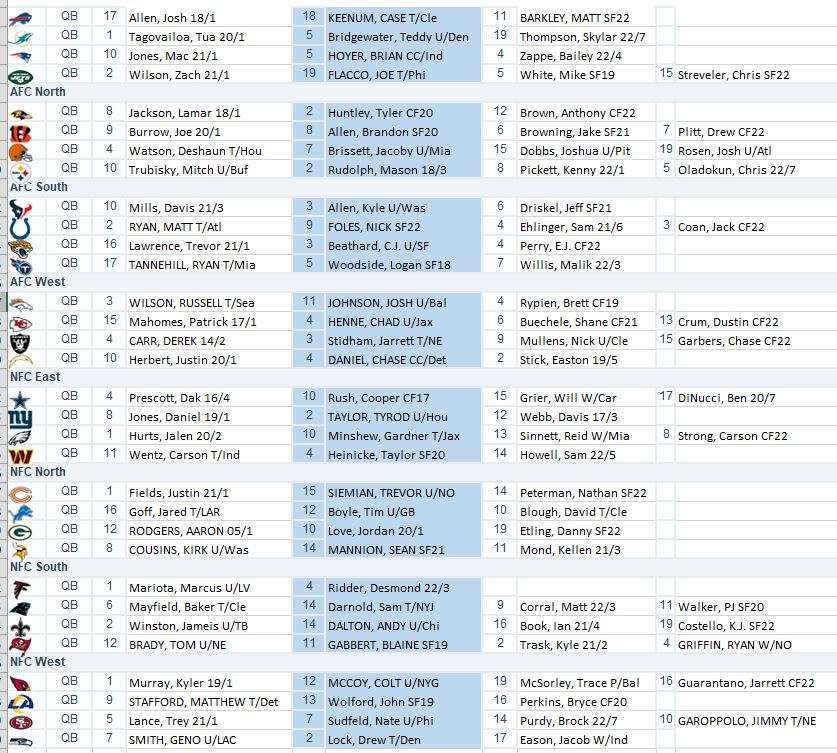 From the list of other backups, who are you taking over Keenum? Leave out rookies with high upside who are eventually going to be starters, and if that list is more than two or three names long, it’s probably disingenuous or uninformed. Keenum is far from perfect, but a roster is built and evaluated relative to the players that are available. The backup QB market is thinner than many of us realize, but Beane signed one of the best from the group that is available.

Third, it is a legitimate benefit and mark in Keenum’s favor that he already has an existing rapport with the Bills alpha wide receiver. If Allen goes down with an injury, Keenum is the only non-starter on the list above who steps on the field with proven, positive performance with any of the Bills’ offensive weapons. That floor alone is a significant edge over most of the backups in the league.

On this day in 2018, Case Keenum and Stefon Diggs pulled off the Minneapolis Miracle

For what it’s worth, the only name here I’d take over Keenum is Minshew, but that’s really only because of this picture, which just impregnated me – again. 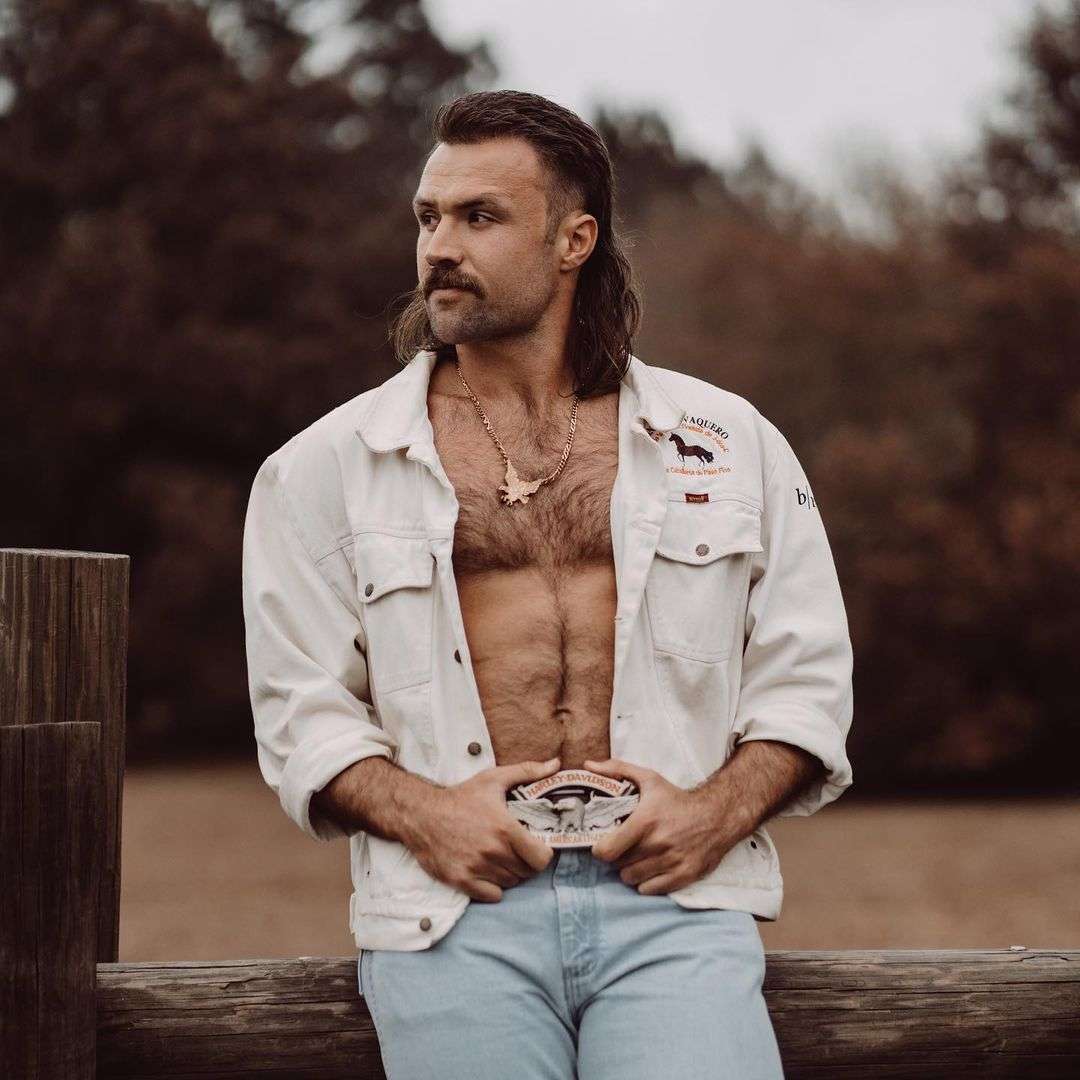 Edge rusher A.J. Epenesa did not get the starters’ treatment against Indianapolis and saw some game action. He did, however, get treated like a known second part of the defensive line rotation, as he and Tim Settle played exactly the same snaps. 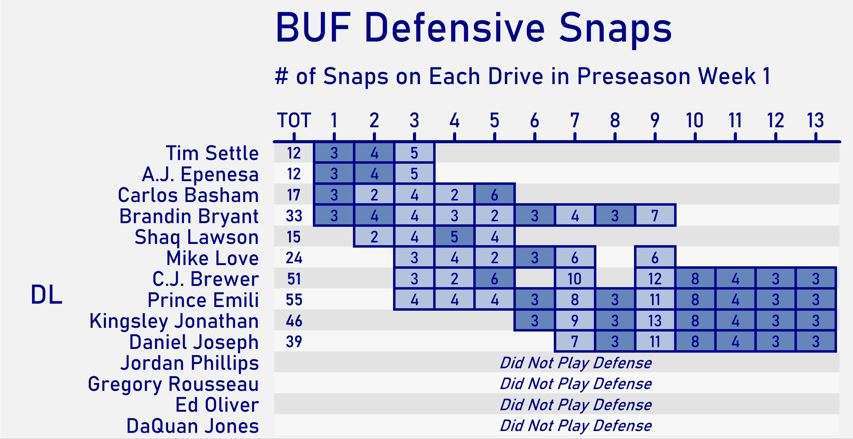 During the offseason, in unusual fashion, McDermott, Leslie Frazier, and Brandon Beane all challenged the Bills’ young defensive linemen. This trio rarely calls players out publicly and for all three of them to do so for the same group is exceptionally noteworthy. The Bills brought in Von Miller, but a team that depends so heavily on defensive line rotation needs Epenesa, Rousseau, and Basham to raise their performance if the Bills are to have hope of becoming a feared defensive front. Pre-season games offer the first chance to see how those players are responding in real competition.

Epenesa has shown flashes – particularly last year’s first Dolphin’s game – but they have been rare, and he has not shown consistency. If Epenesa gets any overlap with snaps from Miller, DaQuan Jones, and/or Ed Oliver, the attention those players pull could create highlight opportunities for Epenesa and represent reasonable expectations for a breakout season for the third-year former Iowa Hawkeye.

Even if he doesn’t make a highlight play while facing the Broncos, Epenesa has gotten some nice plays on tape already this season.

The Bills added Quessenberry right before the draft this year, and he was coming off a season in which he started every game at RT for the Titans in 2021. He is currently listed as the Bills’ starting RT their depth chart, but that could very well be a product of the injury to Spencer Brown and his recovery timeline. It could also be the case that Quessenberry has leapfrogged the physically talented but still technically raw Brown.

Quessenberry wasn’t great last year, and he allowed the eighth most pressures of any T last year, giving up 43 in 1,184 snaps. Despite how much fun Brown is, he was actually slightly worse than Quessenberry in 2021 in terms of snaps/pressure allowed (Stats from PFF).

If Quessenberry gets treated like other offensive line starters and plays well, the potential competition at RT will become a topic of conversation for the rest of the pre-season.

New #Bills OT David Quessenberry has beaten cancer twice and fought his way back onto the field.

The concern over injuries is even higher going into the Broncos game because of the “healthy amount” of playing time McDermott mentioned. The Bills have one of the deepest rosters in the league, but losing a starter to injury in a pre-season game would be portentous no matter how rock solid the depth. Again, the first rule of the pre-season is the only rule that really matters: get out healthy.

Pulling Josh Allen and the other starters can’t happen too early, and if they get out clean, we’ll be talking about how happy we are. And if there’s a negative result, we’ll definitely  be talking about that too.

It only takes a couple of nice plays and Bills Mafia gets so excited they start projecting you over a long-time, Pro Bowl caliber starter, like they did with Baylon Spector (read a breakdown of his sack against the Colts). Pay attention to any of these players while you’re watching on Saturday afternoon, while also sending up prayers of protection from injury.