In their last game, the Buffalo Bills gifted us a big victory over the rival Kansas City Chiefs. A significant part of that win was only giving up 10 second-half points to a team that had averaged 15.4 second-half points coming into that contest. That success was possible in part because of the defensive adjustments the BIlls made at the half, which included utilizing odd mirror fronts. Ben Solak from the Ringer does a great job breaking down Taron Johnson’s game-clinching interception, which was set up off an odd mirror front.

Broke down the game-winning INT for the Bills. Great call. Taron Johnson made the play but this is all about the threat of Von Miller. pic.twitter.com/cxBv5jlhKO

The Bills were effective enough with the odd mirror front that other teams might be encouraged to employ it also. Enter the San Francisco 49ers matched up with the Chiefs this last week. Let’s take a brief look.

Packers vs. Bills: Top 5 Storylines to Watch in NFL Week 8 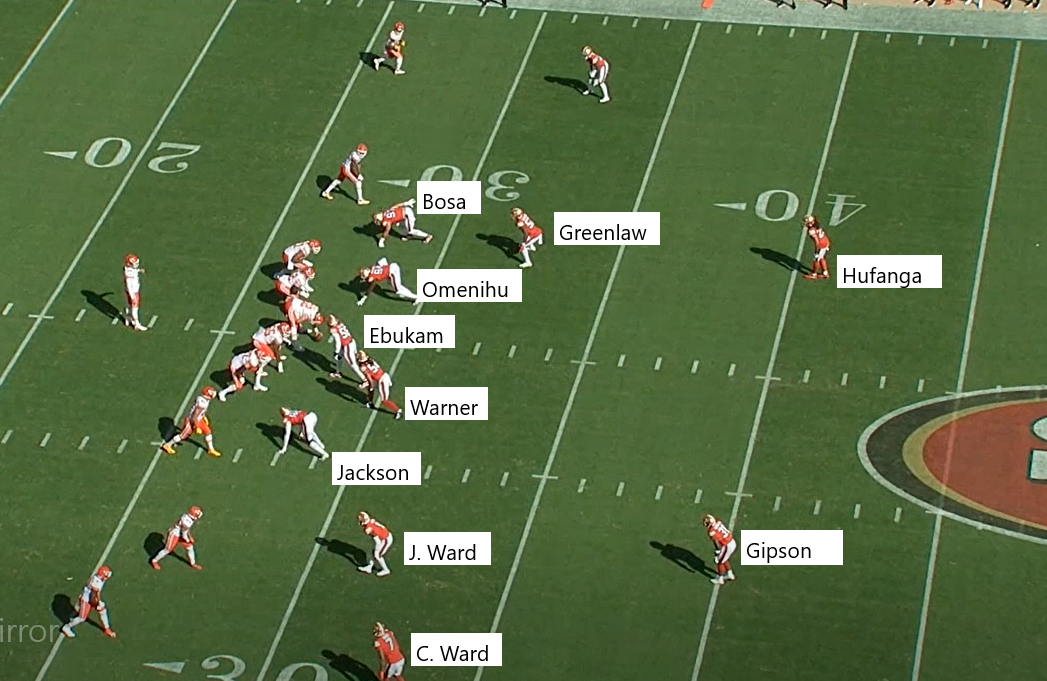 The 49ers didn’t wait long. The score is 3-0 San Francisco because, on the first drive of the game, the 49ers scored a field goal. On the Chiefs’ third play of the game – their first third down – the 49ers went with the odd mirror front. They have three down linemen (Jackson, Omenihu, and Bosa), three linebackers (Warner, Ebukam, and Greenlaw), and five DBs. The Chiefs are in 11 personnel from the shotgun with an empty backfield. 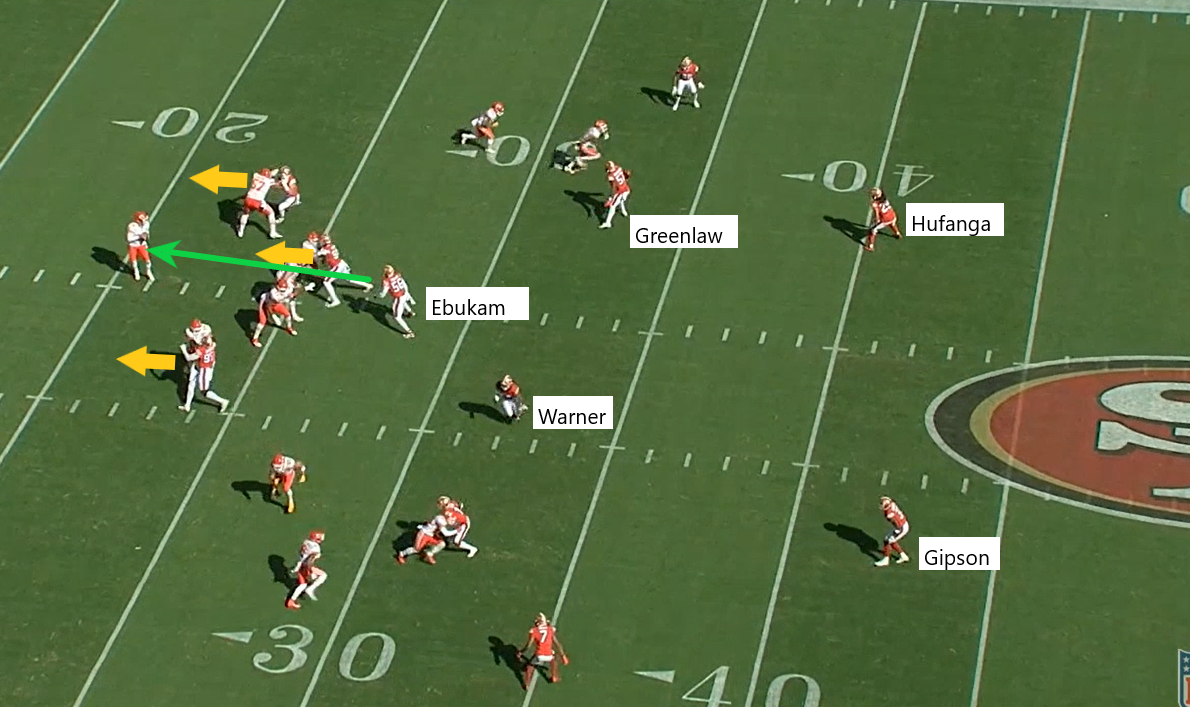 All three DL rush. Warner and Greenlaw drop into coverage preparing for in-breaking routes, but Ebukam stays home, locks his eyes on Mahomes, and mirrors him to the boundary hash. 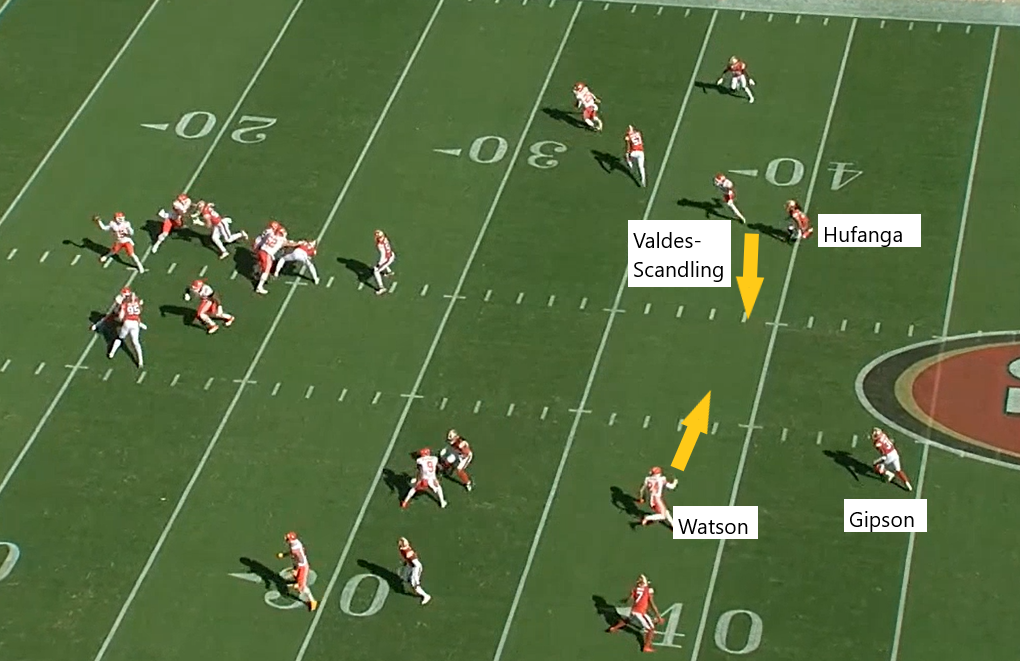 Not every pass rush has Von Miller, and the 49ers’ rush fails to move Mahomes from the pocket, so Ebukam never gets a chance to attack. Downfield, Watson and Valdes-Scandling are heading toward one another. It’s possible the rush doesn’t get home because KC was planning on trying to shorten Mahomes’ time in the pocket.  Mahomes’ Time to Throw (TT) was his lowest since Week 1 at 2.59 seconds. His average TT for the 2022 season is 2.79s (Next Gen).

Throughout the rest of the game, the Chiefs will have success with deep mesh routes, but this time is not that time. 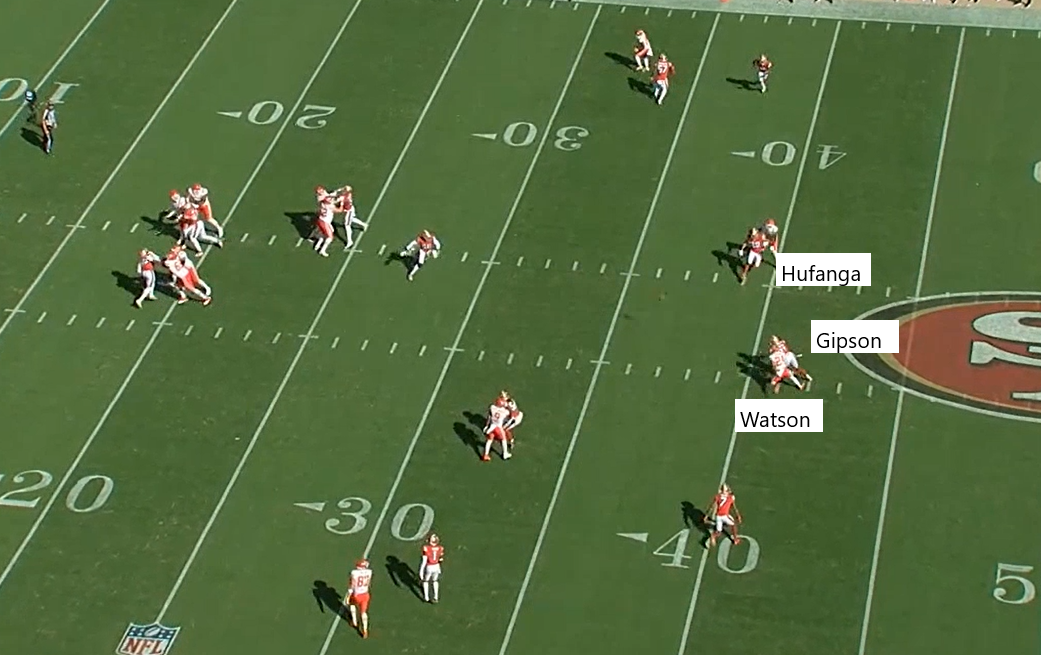 Mahomes is either slightly late with the throw or underestimates Gipson’s ability to drive on the pass. Either way, Gipson cuts off Watson and the ball ricochets off him into the air where Hufanga – brought into the area by Valdes-Scandling’s route – makes a diving interception.

Even if it’s not the Bills playing, try to take advantage of doing your own pro-scouting, especially on teams like the Chiefs that the Bills could very well see in the playoffs. It’s not just hot air when talking heads say the NFL is a copycat league. Did the 49ers plan on using odd mirror fronts against KC before the Bills did? We’ll never know, but they used 3-3-5 defensive personnel less than 6% of the time in Weeks 1-6 and then used it 12% facing the Chiefs (SIS). The 49ers’ front also only used a three-man rush for four snaps in Weeks 1-6. Week 7? Three snaps, which was the sixth-highest usage in the league for that week.  We can absolutely say they were encouraged to use it by how successful it was for Buffalo.

Thankfully, the BIlls are back this week, but all that other football you’re watching is an opportunity to learn and steal ideas.