The Buffalo Bills are well rested and fairly healthy coming off of their bye week, and they’ll take on the Jacksonville Jaguars at the New Era Field next Sunday. It’ll be the first matchup between these teams since last January’s playoff game, in which Jacksonville finished the Bills’ hopes. Now’s a different story, though, with the Jaguars one of the biggest disappointments in the NFL this year and their head coach, Doug Marrone, coaching for his job. With this interesting game on the horizon, here’s my look at how the Bills’ defense matches up versus Jacksonville’s offense:

The Jaguars’ 28th-ranked offense will face the Bills’ 2nd-ranked defense Sunday, according to the Football Outsiders DVOA stat. The only hope the struggling Jacksonville offense has in this game is to get the ground game working. It hasn’t been happening so far in 2018, with the team rushing for just 1030 yards and a 4.0 yards per attempt average, ranking 22nd in the NFL. On the other side, Buffalo’s defense has allowed just 998 rushing yards on the year, 10th-best in the league. Their rush defense DVOA is also the 10th-best.

For most of the year the Jaguars have been missing their top offensive weapon, former LSU Tigers RB Leonard Fournette. Having struggled with hamstring injuries after just two appearances in the first nine weeks, he finally looks healthy. Fournette is coming from his best game in 2018, one in which he carried the rock 28 times for 98 times and one TD.  His 3.4 yards per carry average wasn’t great, but he’s a hammer who can gash opposing defensive lines and punish linebackers with his physicality. He’s by far the most dangerous player on this Jaguars offense.

Despite Fournette carrying the ball so many times last week, backup RB Carlos Hyde still got eight carries in the game, gaining 44 yards. It was his best performance since joining the team via trade. T.J. Yeldon leads the team with 369 rushing yards on the year, but he’s more of a third down back who got the bulk of his carries in Fournette’s absence.

Not a lot of secrets for why the Jags ran the ball well. Strong push, double-team blocks, front seven couldn't shed. But here, Jags first power run, Watt/Burnett/Bostic all forcing run inside. Too much overlapping. 11 yard gain by Carlos Hyde. #Steelers pic.twitter.com/a3bTQKSWFO

The truth is that the Jaguars have three nice options at the RB position, but the predictability of their offense due to the lack of a decent passing game make the things very difficult for them. Add in the fact that they’re missing one of the best centers in the game in Brandon Linder and their young LT Cam Robinson, both on IR, and we have a one-dimensional offense which hasn’t been scaring any defenses in 2018. I’m confident the Bills’ defense will be able to contain Jacksonville’s rushing attack and force Blake Bortles to beat them in the air.

Star was robbed here, he wasn't credited with a tackle. Should be an extra 1/2 tackle in the stat box. pic.twitter.com/IaveAPxLqj

Star Lotulelei has been impacting the run defense exactly as expected when GM Brandon Beane made him the highest-paid defensive player on the team. Shaq Lawson is enjoying his best season as a pro, excelling stopping the run, and Kyle Williams and Jerry Hughes continue to produce at a high level. Their play should set the tone for the Bills’ defense.

Hughes should have another big week! pic.twitter.com/8uPgGfrnqh

Blake Bortles leads the passing offense with his extremely inconsistent play. He had been able to put up the occasional good performance but, in general, he’s the biggest reason Jacksonville is so disappointing.  On the year, the former 3rd overall pick in the 2014 NFL Draft passed for 2,445 yards, 12 TDs and 8 INTs, fumbling the ball seven times already. Against Pittsburgh last week, he attempted just 18 passes. The coaching staff doesn’t trust the QB, and they shouldn’t. Bortles’s shaky mechanics result in some erratic throws and great opportunities for opposing defenses. His decision making has been suspect at best and cost his team several good opportunities.

This is it. The worst play of the #Jaguars game against the #Steelers.

Blake Bortles stared down the easiest read he had all day with NO pressure at all. Up 10, about in FG range, 11:56 left in the game.

The team leader in receptions is the backup running back, T.J. Yeldon, with 44. Outside, Donte Moncrief and Dede Westbrook are the most dangerous targets, offering speed to threaten the Bills’ secondary deep. Both have more than 400 receiving yards on the year. Another guy who is impressing lately is the TE, Matt Shaughnessy. He’s a big, all-around TE who’s a solid possession target and a good blocker. Against the Colts two weeks ago, Pro Football Focus named the 4th-year pro to their “PFF Team of the Week”.

Leonard Fournette isn’t known for his contributions in the passing game, but since coming back from injury, the big back has done a good job receiving the ball. If Jacksonville can get him the ball in space, he could be a nightmare to the defenders trying to tackle him.

Leonard Fournette made his return on Sunday and made a big impact, especially in the passing game. His receiving grade of 89.5 ranked third among RBs in Week 10 and also had a 152.9 passer rating when targeted #DUUUVAL

Despite having few interesting weapons there, the Jaguars really don’t have enough firepower to be a threat to the Bills’ top-ranked unit. Buffalo has all the pieces to match up well against the opponent’s group of skill position players. If Jacksonville is forced to pass a lot, Jerry Hughes should have another big game, facing former New York Giants top-10 pick, the oft-maligned LT Ereck Flowers.  It’ll be a matter of containing Bortles’s scrambles to make him force passes and commit mistakes. 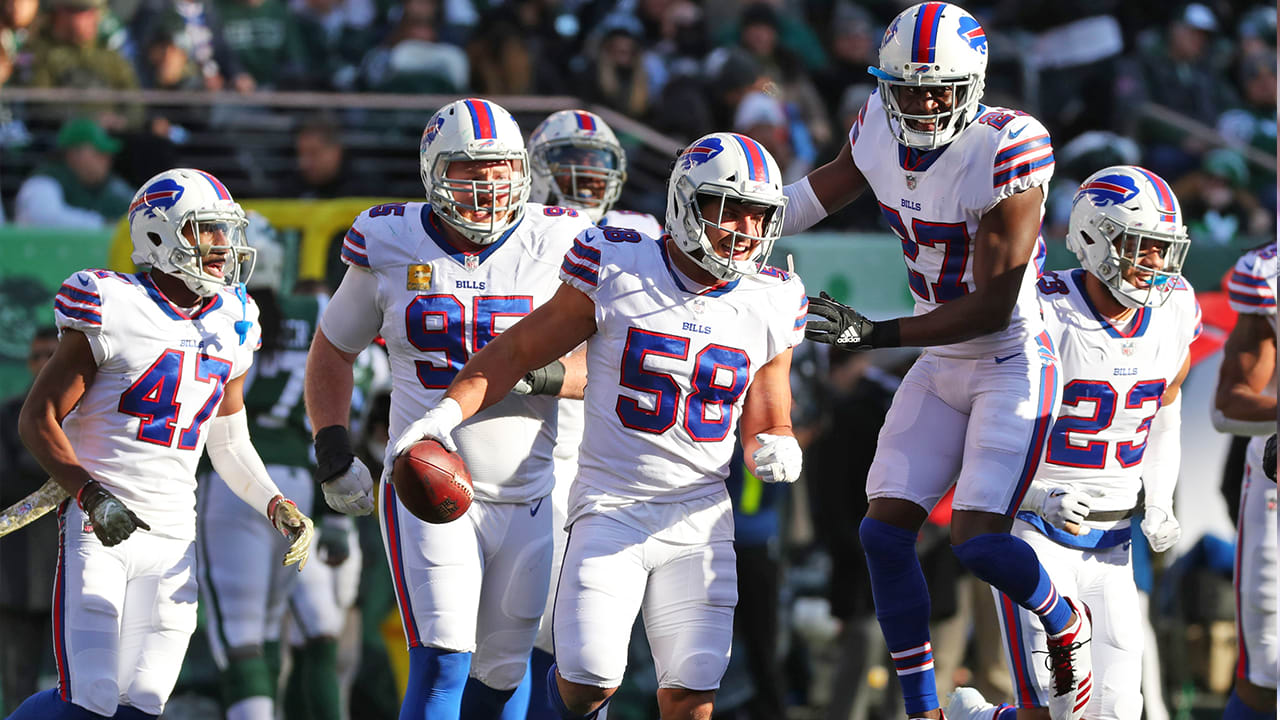 Buffalo’s defense has a pretty favorable matchup this week. If they can keep Fournette and Hyde in check and put the opposing team in 3rd-and-long situations, Blake Bortles should have a very long day. The battle in the trenches will be very important, and the Bills have the personnel on their DL to control this game.